WORLD NATO and China, what is the military situation?

NATO and China, what is the military situation?

China responded by stating that its military objectives are purely defensive and that it has been transparent about its policies.

In a statement from its mission in Brussels, China accused NATO of "misjudging the international situation."

So what are the military capabilities of the world's leading powers? According to the (SIPRI), the U.S. is the world's top military power, spending at least three times as much as China. China says its actual spending is below that estimated by SIPRI, at $209 billion in 2021.

As a proportion of GDP, China is the only one of the top five spenders – investing less than 2 percent in defense. "China is rapidly expanding its nuclear arsenal with more warheads and a larger number of sophisticated delivery systems to establish a nuclear triad," its communique said.

China responded that it was committed to never initiating use of nuclear weapons and never using them to threaten or attack non-nuclear nations.

SIPRI estimates that China has around 320 nuclear warheads, around a 20th of the number held by the U.S.. None of China's weapons is deployed and ready to use, the group says, compared with almost 2,000 for the U.S. and more than 100 each for the UK and France. 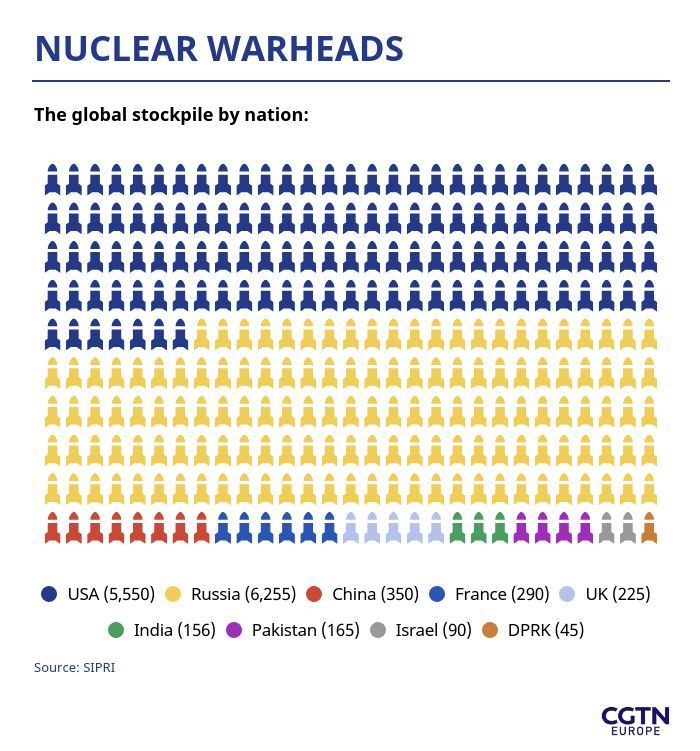