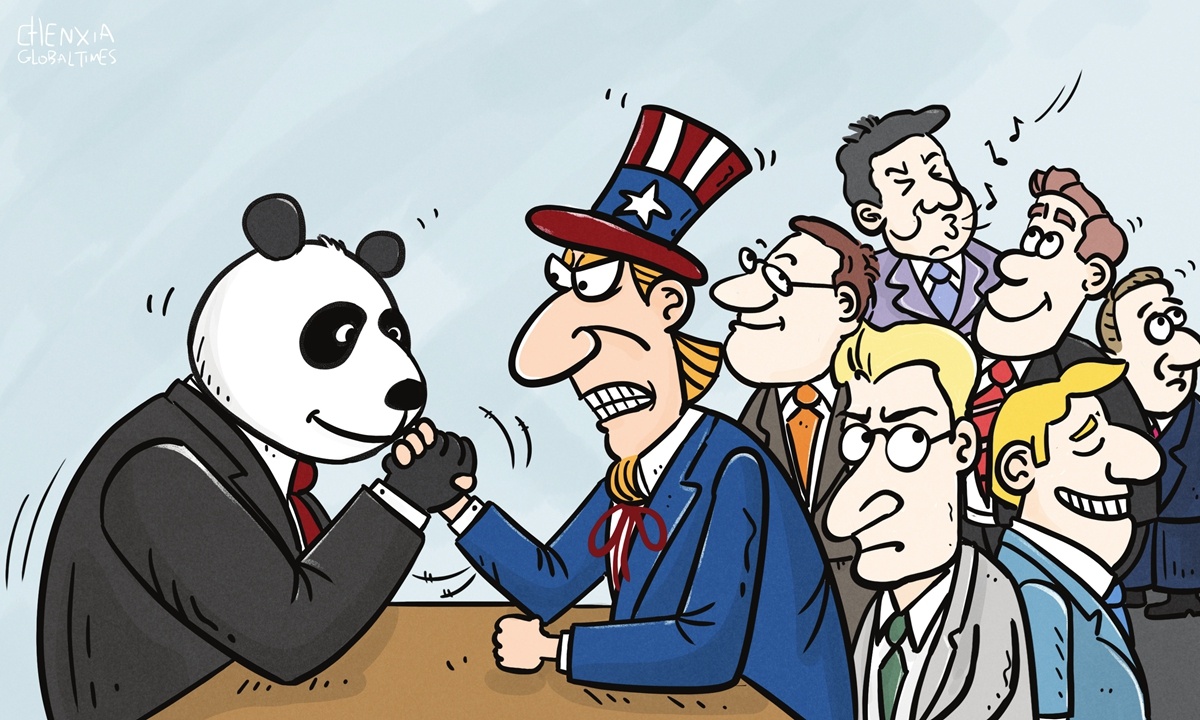 The NATO Summit which was concluded in Brussels on Monday said in a communiqué that “China's stated ambitions and assertive behavior present systemic challenges to the rules-based international order.” It also accused Russia of “aggressive actions” that constitute “a threat to Euro-Atlantic security.” This meeting has differentiated China from Russia by “challenges” and “threat” in order to accommodate the concerns of the US’ European allies. But it has emphasized that NATO needs to address challenges presented by China together as an alliance. Such a declaration against China is unprecedented although it said it will engage with China meaningfully in dialogue.

US President Joe Biden traveled to Europe with the idea of containing China occupying his mind. However, the US and Europe have different views and feelings about the rapid growth of China’s influence. This friction between them has shifted from the G7 summit to the NATO summit. NATO is a military bloc, from which sending a confrontational message to China is naturally considered more severe than doing so through the G7. Therefore, the European countries’ attitude that they do not want to be dragged into the mire by the US has become more prominent.

China “poses some challenges to our security,” but “China is not our adversary, not our enemy” – this is a typical statement by NATO Secretary-General Jens Stoltenberg, who advocates being tough on China. UK Prime Minister Boris Johnson on one hand said “people see challenges,” on the other, he emphasized “they also see opportunities” and “I don’t think anybody around the table today wants to descend into a new Cold War with China.”

This NATO summit can be seen as a key point in the US and Europe’s attitude toward China in the security arena. Washington has raised the curtain for a political mobilization campaign to use the NATO bloc to carry out strategic competition with China.

Pushed by Washington, the NATO summit has listed the challenges presented by China: “China joins Russia with military drills,” “China’s frequent lack of transparency and use of disinformation,” “China is rapidly expanding its nuclear arsenal” and “It is opaque in implementing its military modernization and its publicly declared military-civil fusion strategy.”

Such a list is farfetched and some of the challenges on it are somewhat conceptual. They are not a summary or a refinement of the Europeans’ actual sense of being threatened.

Most of NATO member states want to handle the differences with China through political and diplomatic means. It is difficult for Washington to bring NATO’s military power to the Western Pacific. NATO will be a peripheral support force for the US to exert pressure on China, but Washington definitely wants more.

Once a military crisis erupts in the Western Pacific, the US will use the NATO mechanism to mobilize more Western countries to help it exert more intensive, comprehensive pressure on China and expand the destruction of China’s rise. It is believed the US has no plan to conquer China militarily, as that does not work for China as a nuclear power. What the US wants is that as long as China-US tensions are further intensified, “Western unity” as well as their confrontation against China will be increased until they eventually crush an “isolated China.”

Therefore, NATO plays a key role. The US wants to create a narrative that equates its own hegemony to the collective strategic advantage of the West and form a consensus among 30 countries. As long as NATO countries are bound by a common hatred for China, the interest links between Western countries and China will lose its moral basis and the US could force small European countries to serve its China strategy, politically exploiting them for US interests.

Therefore, although the rhetoric against China seems to be a little softer than that toward Russia in the NATO summit statement, China must be able to see through the conspiracies of the US. We must be committed to expanding China-Europe cooperation. We must not only make it clear that China does not pose any threat to Europe, but also need to make Europe which is strengthening its strategic autonomy discover the significance of having China as a partner. The future of Europe is not subordinate to the US only to get a small slice of cake from Washington’s hegemony. Europe needs to be able to control its own destiny. Not only China, but Russia which also advocates multilateralism could interact with Europe in a healthy manner.

NATO has not been hand in glove with the US over the China issue. China should not allow the US to strengthen the anti-China tendency in the West through NATO. We need to make more efforts to collapse the US plan.