MOSCOW, Oct. 22 (Xinhua) -- The Kremlin said Friday that the new plan of the North Atlantic Treaty Organization (NATO) to deter Russia fully justifies Moscow's decision to end all official dialogue with the alliance. 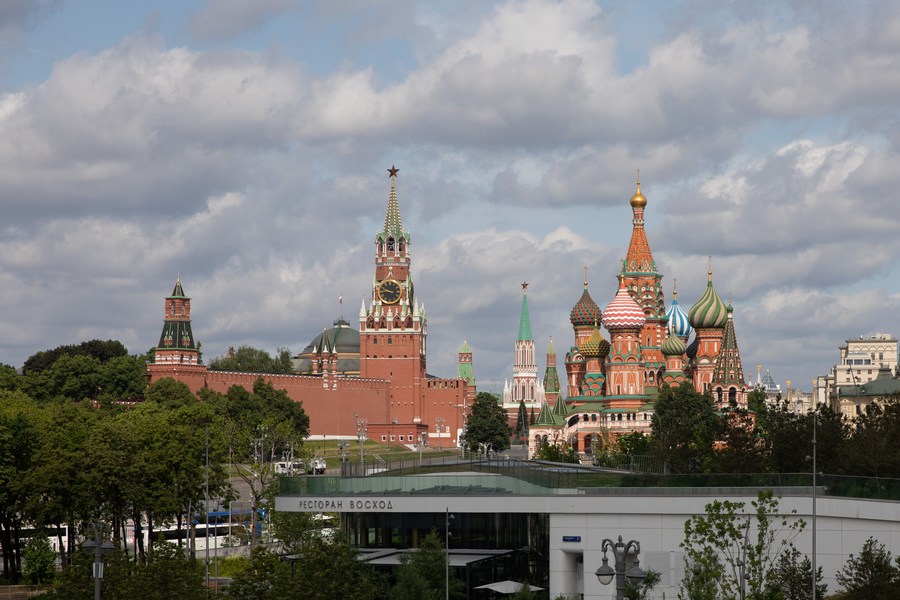 Kremlin Spokesman Dmitry Peskov made the remarks during his daily briefing after NATO defence ministers agreed on a new master plan Thursday to defend against Russian threats on multiple fronts.

A Russia-NATO dialogue under such conditions is simply unnecessary and Russia will continue to safeguard its interests, said the spokesman.

"The Russian side has never harbored any illusion regarding the NATO ... The alliance was conceived and formed for confrontation and it will continue to fulfill this function," he said.

On Monday, Moscow announced that it was suspending the operation of the Russian Permanent Mission to the NATO, the NATO Military Liaison Mission and the NATO Information Office in Moscow, in retaliation for the alliance's "unfriendly actions," including the expulsion of Russian diplomats this month.

The NATO's attempt to evade responsibility and shift the blame on Moscow for worsening ties is unacceptable, Russian Deputy Foreign Minister Alexander Grushko said on Friday.