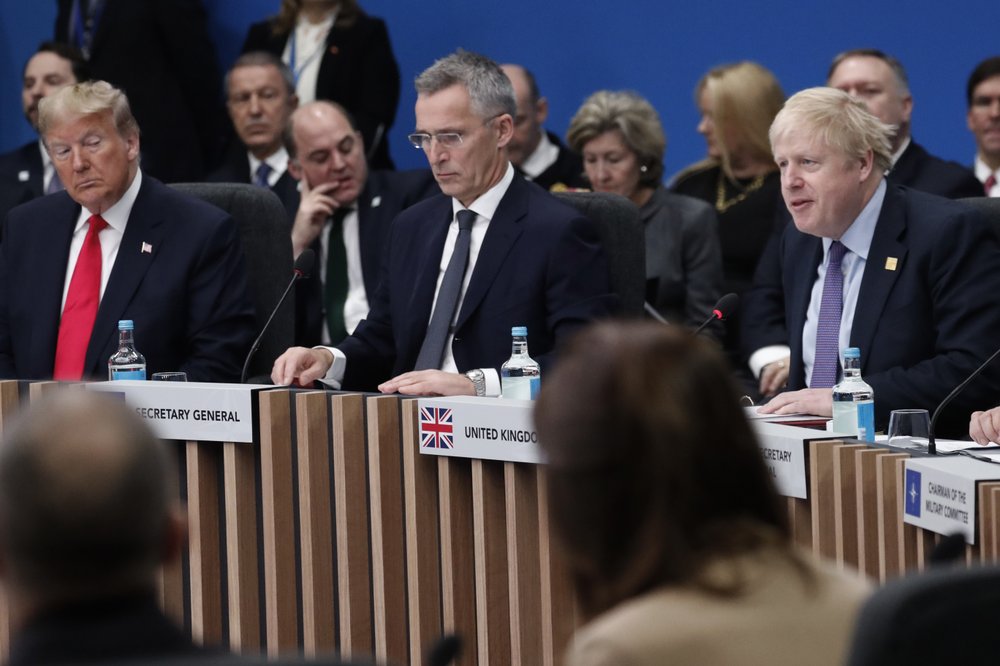 NATO leaders sought Wednesday to paper over differences like the military alliance’s future priorities but insisted they would respond as one in the event of an attack on any of the 29 member countries.

Ending a summit just north of London to mark NATO’s 70th anniversary, the leaders announced that they would set up a commission of experts to study political decision-making. That appears to be a direct response to French President Emmanuel Macron’s recent lament about the “brain death” of the trans-Atlantic alliance.

“We stand together, all for one and one for all,” NATO Secretary-General Jens Stoltenberg told reporters after chairing the meeting at a luxury hotel and golf resort. “Our commitment to Article 5, the collective defense clause of our alliance, is iron-clad.”

Ahead of the summit, Macron had complained about a lack of US leadership. President Donald Trump branded his remarks as “very disrespectful,” while Turkish President Recep Tayyip Erdogan suggested that Macron himself was “brain dead.”

The infighting is mostly due to Turkey’s offensive in northern Syria, which began in October. Macron has complained that Trump pulled US troops out of the region without warning his NATO allies; a move that Turkey saw as a greenlight to send its troops in.

Countries across the European Union are particularly concerned as to what may transpire. The worry in many EU capitals is that some extremist fighters escaped during Turkey’s offensive, and that the fighting could spark a new wave of refugees.

To help ease tensions, leaders agreed to “a forwarding-looking reflection process” to be led by Stoltenberg. Details were sketchy, but the commission, “drawing on relevant expertise,” would study ways “to further strengthen NATO’s political dimension including consultation.”

Germany and France had both put forward similar schemes, although Macron riled many allies with his pre-summit remarks and NATO officials have pointedly suggested that they were more impressed by Berlin’s proposal.

After three summits in consecutive years, the leaders decided that they would take a year off and meet again in 2021. That means there won’t be another one until after the next presidential election in the United States, which is by far NATO’s most powerful and influential member country.

Summit host Prime Minister Boris Johnson — also busy with a divisive British election campaign — was upbeat, saying “there was a mood of very great solidarity and determination and a willingness to push NATO forward, not just for the next few years but for the next 70 years.”

There were a few sour notes though. Erdogan didn’t speak to waiting media. Trump arrived via a different entrance, away from media, and said he would leave without holding a news conference. He also called Prime Minister Justin Trudeau “two-faced” after a video emerged showing the Canadian leader gossiping about Trump.

Macron refused to apologize for his remarks, saying they had ignited a debate at NATO about important strategic issues.

“When there’s ice, ice-breaker ships are needed. It makes some loud noise, but it opens the path,” he said. “I consider that the diverging views that my comments may have prompted have been cleared up.”

He said NATO “debates should be about other things than budgets and finances.”

Stoltenberg noted that European allies and Canada have added $130 billion to their defense spending since 2016, even as Trump has complained that they are too slow to boost their military budgets.

“This is unprecedented, this is making us stronger,” Stoltenberg said of the spending effort.

After Russia annexed the Crimean Peninsula in 2014, NATO countries halted their post-Cold War spending cuts and began to raise spending. They pledged to “move toward” spending 2% of their annual gross domestic product on national defense by 2024.

Trump said Tuesday that much more needs to be done.

Johnson said that on Wednesday “country after country pledged or gave an account of how they were going to meet the pledge of 2%.”

Luxembourg Prime Minister Xavier Bettel conceded that “we have experienced easier times. But we’re allies after all and we’re going to speak about everything.”