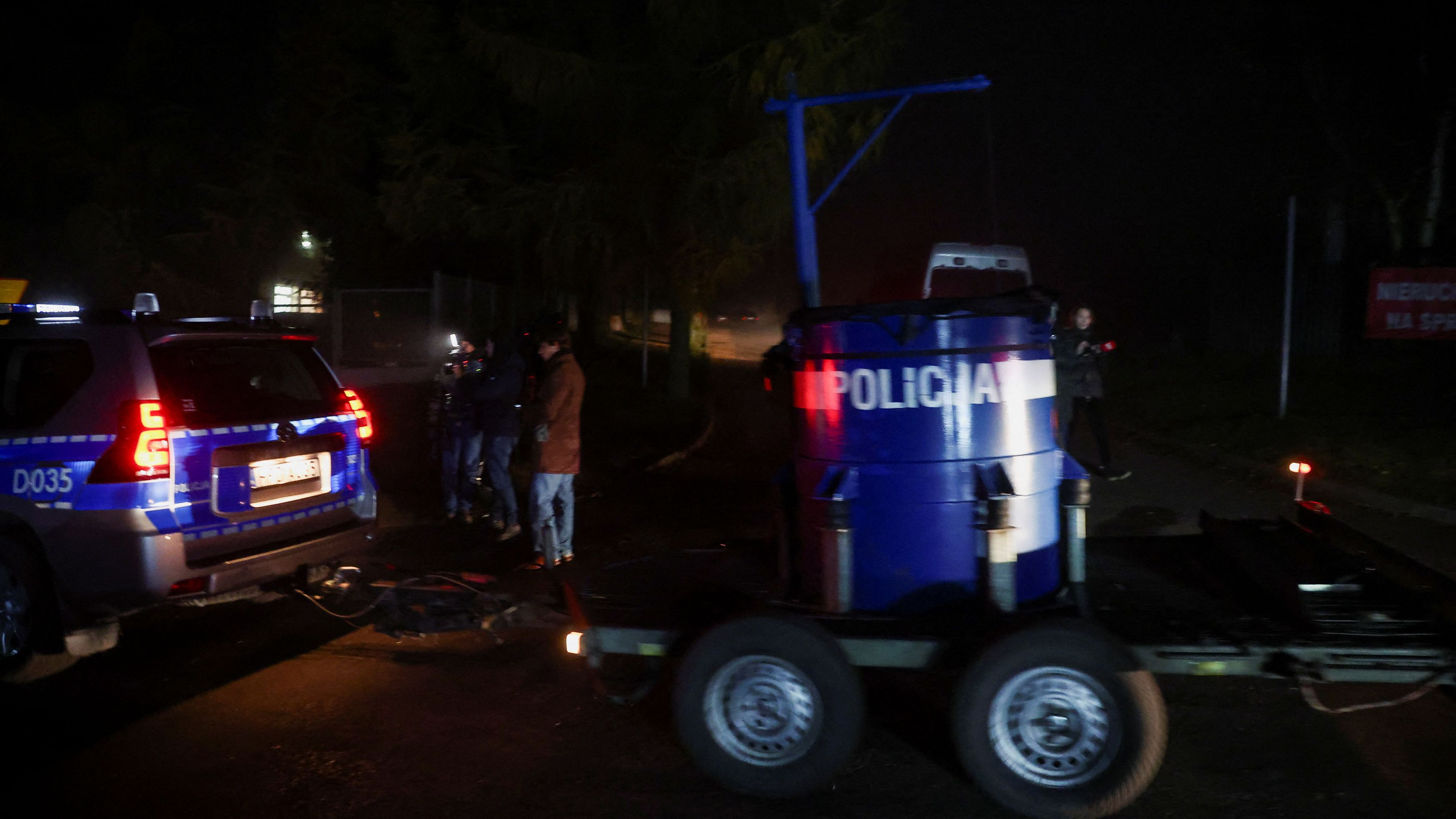 A police vehicle pulling a blast containment vessel on a trailer passes by a police blockade after explosions in Przewodow, a village in eastern Poland near the border with Ukraine, November 16, 2022. (Photo: Agencies)

NATO chief Jens Stoltenberg will hold talks with alliance ambassadors on Wednesday over the deadly blast in Poland, a spokeswoman said on Tuesday.

Two people died on Tuesday in explosions caused by a Russian-produced rocket in the Polish village of Przewodow near the Polish-Ukrainian border.

Polish Foreign Ministry later confirmed the rocket fell on the village at 3:40 p.m. on Tuesday, and it has summoned the Russian ambassador to give "immediate detailed explanations."

Russian Defense Ministry denied the media reports by saying, "Polish mass media and officials commit deliberate provocation to escalate the situation with their statement on alleged impact of 'Russian' rockets at Przewodow."

"The wreckage published by Polish mass media from the scene in Przewodow have no relation to Russian firepower," it added.

"It is absolutely essential to avoid escalating the war in Ukraine. He sends his condolences to the families of the victims. He hopes that a thorough investigation will be conducted," his spokesperson said.