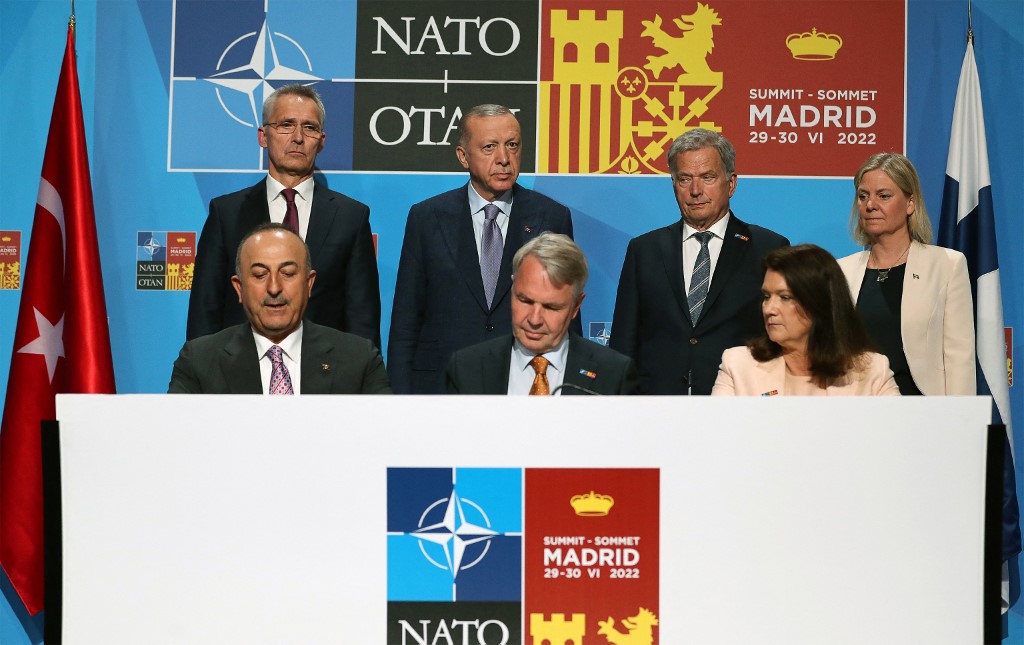 NATO leaders agreed Wednesday to formally invite Finland and Sweden to join the alliance after Turkey struck a deal with the Nordic duo to drop its objections, a statement said.

"Today, we have decided to invite Finland and Sweden to become members of NATO, and agreed to sign the Accession Protocols," a declaration from a summit in Madrid said.