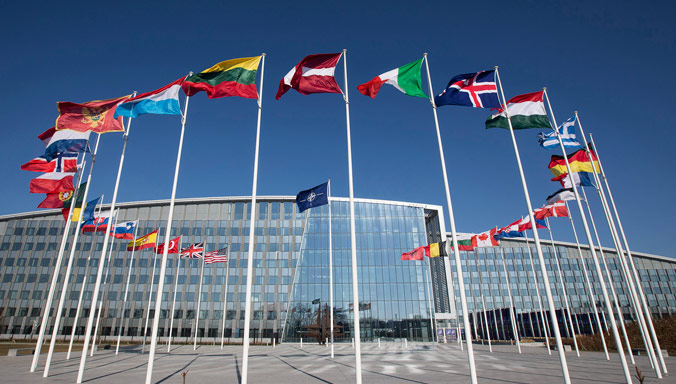 BRUSSELS, June 1 (Xinhua) -- NATO (North Atlantic Treaty Organization) foreign and defence ministers agreed on Tuesday to continue supporting the Afghan community even after the withdrawal of forces from Kabul, according to the alliance's Secretary General Jens Stoltenberg.

Addressing a press conference following a virtual meeting of NATO defence ministers, Stoltenberg said "ministers agreed that this continued support is the best way in which we can all contribute to peace efforts in Afghanistan."

He said NATO will keep a civilian diplomatic presence in Kabul following the drawdown of its forces, which, according to him, is progressing "in an orderly and coordinated way."

After almost two decades in Afghanistan, NATO allies decided in the middle of April to start withdrawing forces from the central Asian country by May 1, with plans to complete the drawdown of all troops within a few months.

Stoltenberg added that NATO was also looking at how it can provide military education and training outside Afghanistan, focusing on Special Operations Forces. "And we are working on how to fund the provision of services enabling Allies and the international community to stay in Kabul, including support for the airport," he noted.

The meeting, including one with foreign ministers earlier in the day, focused on NATO's 2030 agenda to strengthen the alliance for the future ahead of the summit scheduled for June 14 in Brussels.

"Ministers agreed that we need to take ambitious decisions to show that Europe and North America stand together in an age of global competition. And that we need to show transatlantic unity not just in words, but also in deeds," he added.