NATO, Russia will both hold major war games in fall 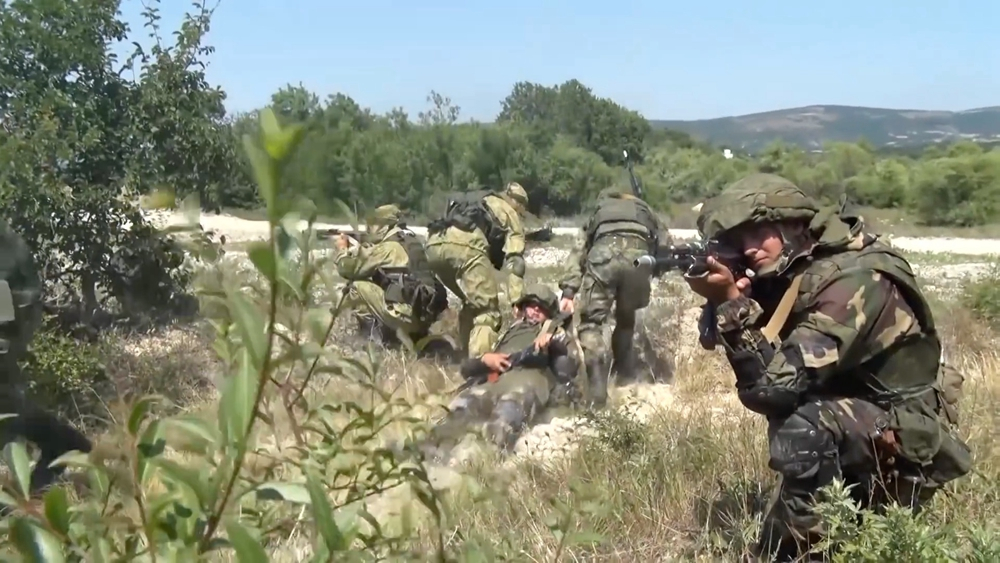 NATO is gearing up for Trident Juncture 2018 to be held in late October in Norway. Tens of thousands of NATO troops, along with 70 warships, will be training at the borders with Russia.

Meanwhile, to the east, Russia, together with China and Mongolia, will conduct its largest military drills in decades, named Vostok-2018.

Just a few months ago, Russian strategic nuclear submarine Yuri Dolgorukiy fired a salvo of four intercontinental ballistic missiles Bulava to a target on the Russian Kamchatka peninsula during a mission in the White Sea, the first time the Russian Navy has performed this kind of operation in 27 years.

Analysts say it was a show of military might amid increasing tensions with the West and rounds of military drills around Russia.

In June, the US held joint exercises with South Korea near Russia's eastern border. Over 320,000 troops took part in the exercises.

Now, new NATO drills on the western front are about to kick off, and they too will be under the watchful eye of the Russian military.

"We've got used to the exercises, as you get used to the noises made by cars outside your house. We observe carefully what happens at our borders," said Victor Baranetz, a retired colonel of the Russian Army.

"And we noticed an increasing number of NATO troops participating in the exercises. The number of reconnaissance flights multiplied by eight. We can see how much stronger the 'fist' is near our border."

That "fist" is coming to Norway by the end of this October. Norway is chosen because of its geographical landscape and being a good ally, US military officials said.

"Norway is an exceptionally good training ground and proven area for exercise of this magnitude," US Navy Admiral James Foggo said.

"Furthermore, Norway is being a faithful member of NATO alliance. We are excited about having the opportunity to train in very challenging archipelago, where coming ashore is not easy," Foggo said.

But the Russians didn't buy that explanation. Due to global warming and the melting of ice caps, new shipping routes are opening close to the North Pole that will shorten shipping time from China to Europe by 20 days.

A desire by the US to impose dominance and control over the Arctic route is thought to be behind the NATO drills.

"With the opening of the new shipping routes, Russia would gain colossal economic influence, especially taking into account that we are selling American bonds and securities, and are about to break off the US dollar -- the blood-smeared dollar," said Franz Klintsevich, a member of the Russian parliament Defense Committee.

"It might be a core problem for them. But there are no problems with Russia that could be possibly resolved in a military way," he said.

Both sides say that neither Trident Juncture nor Vostok 2018 is related to the increasing tensions between them. Despite those claims, this fall will see hundreds of thousands of troops on both sides playing in war games from the flat lands of Russia's Far East to the depths of Norway's fjords, all under the watchful eyes of the other side.