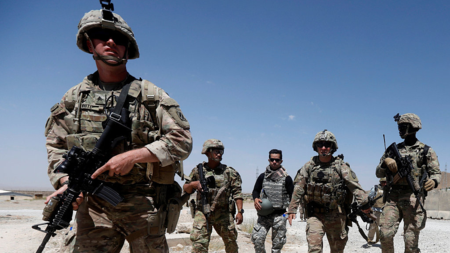 NATO has started the withdrawal of its mission from Afghanistan following a decision by President Joe Biden to bring US forces home, an alliance official said Thursday.

"NATO Allies decided in mid-April to start the withdrawal of Resolute Support Mission forces by May 1 and this withdrawal has begun. This will be an orderly, coordinated, and deliberate process," a NATO official told AFP.

Members of the US-backed alliance agreed this month to wrap up their 9,600-strong mission in Afghanistan after Biden made the call to end Washington's longest war.

The decision -- which delayed by several months a deadline agreed by former US leader Donald Trump -- came despite fears it could allow the Taliban to regain power in the country.

The NATO official said the safety of the alliance's troops "will be a top priority every step of the way, and we are taking all necessary measures to keep our personnel from harm".

"Any Taliban attacks during the withdrawal will be met with a forceful response. We plan to have our withdrawal completed within a few months," the official said, refusing to give any further details on the timeline.

Biden said the US withdrawal would be completed by September 11, the twentieth anniversary of the 9/11 attacks on America that sparked its military involvement in Afghanistan.

Germany's defence ministry has said it planned to get its 1,300 troops out of the country by early July.