WORLD NATO shows Russia its military might in giant exercises

NATO shows Russia its military might in giant exercises 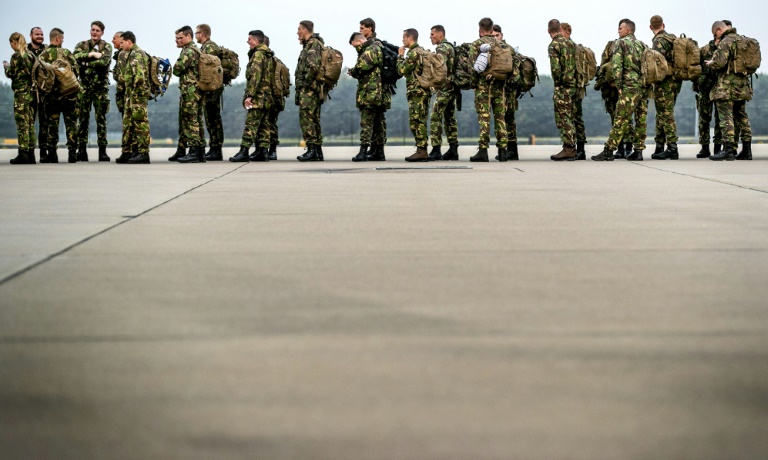 Norway hosts NATO's biggest exercises since the end of the Cold War from Thursday, to remind Russia the Alliance stands united despite seeds of doubt planted by US President Donald Trump.

Some 50,000 soldiers, 10,000 vehicles, 65 ships and 250 aircraft from 31 countries are taking part in Trident Juncture 18, which is aimed at training the Atlantic Alliance to defend a member state after an aggression.

"Trident Juncture sends a clear message to our nations and to any potential adversary. NATO does not seek confrontation but we stand ready to defend all Allies against any threat," he told reporters on Wednesday.

While the "potential adversary" has not been officially identified, Russia is on everybody's minds.

The country, which shares a 198-kilometre (123-mile) border with Norway in the Far North, has repeatedly flaunted its military strength in recent years.

The Russian army has annexed Crimea, helped destabilise eastern Ukraine, beefed up its military capabilities in the Arctic, and conducted its biggest ever exercises in the Far East in September.

The Russian embassy in Oslo said it considered Trident Juncture an "anti-Russian" exercise.

"Such activity ... comes across as provocative, even if you try to justify it as being of a purely defensive nature," it said.

For months, Moscow has been annoyed by the growing Western military presence in the region. The United States and Britain have been increasing their deployments in Norway to accustom their troops to cold weather combat.

"The main NATO countries are increasing their military presence in the region, near Russia's borders," she said.

"Such irresponsible actions are bound to lead to a destabilisation of the political situation in the North, to heighten tensions," she added.

Tensions already flared on Saturday after Trump announced he was abandoning a Cold War-era nuclear treaty, a move which Russia warned could cripple global security.

Accusing Russia of developing a new missile, the SSC-8, Trump threatened to increase the US nuclear weapons arsenal.

Despite concerns about Trump's commitment to the Alliance -- particularly regarding the "Article 5" mutual defence clause -- the US military is contributing the biggest contingent to Trident Juncture, with more than 14,000 troops, including an aircraft carrier.

"We exercise in Norway but of course the lessons ... from Trident Juncture are also relevant for other countries," Stoltenberg said.

On Tuesday, four US soldiers were lightly injured when trucks delivering material were involved in a pile-up.

In addition to NATO's 29 member countries, Norway's neighbours Sweden and Finland will join the exercises, which run through November 7.

Two Russian and two Belarus military observers have been invited to watch the manoeuvres.