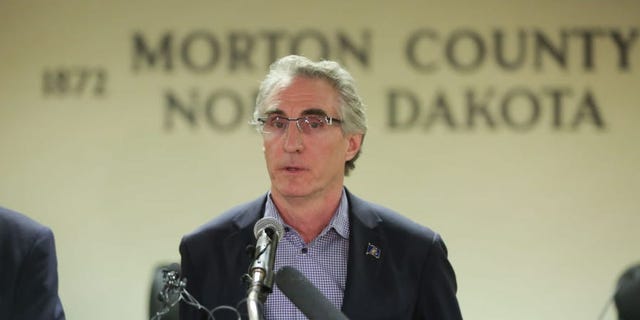 North Dakota Gov. Doug Burgum said Monday that health care workers who have tested positive for COVID-19 but do not have symptoms should be allowed to stay on the job, part of an effort to ease the stress both on hospitals and medical personnel trying to keep up with skyrocketing cases.

The governor said the Centers for Disease Control and Prevention has been allowing infected workers without symptoms to keep working as long as they take precautionary measures. The state is also looking to increase rapid testing of healthcare workers to "keep them in the game," the governor said.

Burgum also announced that every county in the state has been declared at high risk, which means that businesses will be limited to 25% capacity with a cap of 50 people and no standing room allowed. He added that masks "should be required."

The edict comes on a day when 14 more patients were hospitalized due to COVID-19 to increase the record number of people being treated in medical facilities to 254.

Burgum said that while that while people may disagree on the effects of the virus, "the one thing that is not debatable is that our hospitals are under enormous pressure."