After another night of clashes in Catalonia which left nearly 100 people injured according to emergency services, activists again blocked roads on Thursday in the northeastern region of Spain. 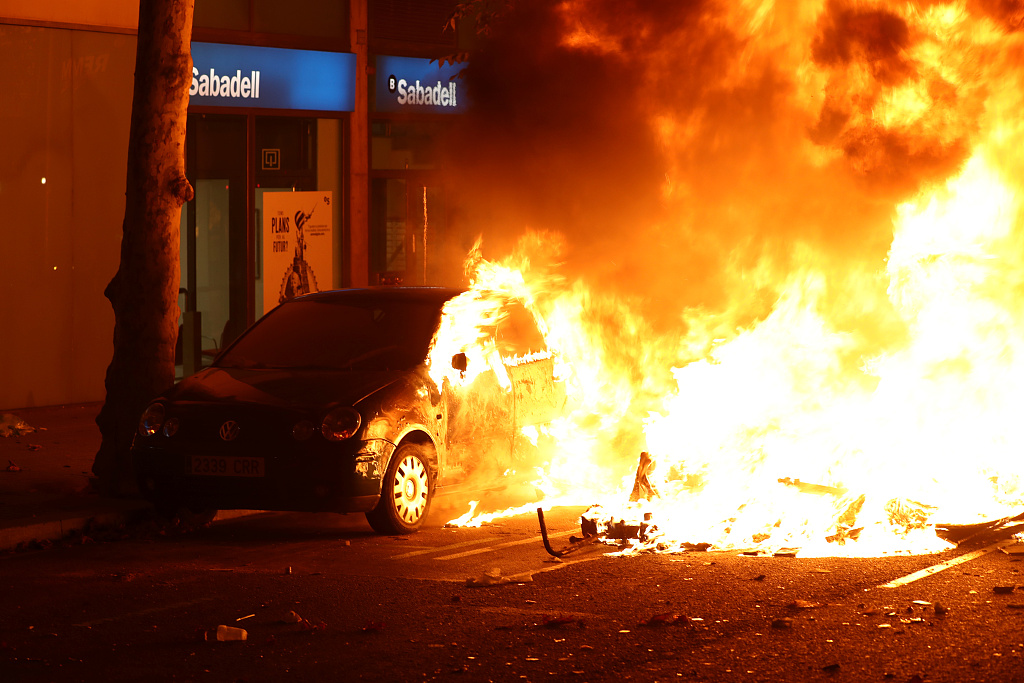 A car burns during a protest after a verdict in a trial over a banned Catalonia's independence referendum in Barcelona, Spain, October 16, 2019. (Photo: VCG)

For the third night running, protesters clashed violently with riot police in the Catalan capital on Wednesday night, torching cars and garbage bins, as they expressed their fury over the sentencing of nine Catalan separatist leaders to long jail terms over their role in a failed independence bid.

Police arrested 33 people across the region, including 12 in Barcelona which recorded the most violent protests.

Several roads were blocked across Catalonia on Thursday due to marches which departed from five Catalan towns the day before heading for Barcelona, local officials said.

The marchers plan to converge in Barcelona on Friday when unions have called a general strike in the region.

The violence erupted on Monday just hours after Spain's Supreme Court handed down the prison sentences to nine Catalan leaders for their role in the failed independence bid in 2017.