Six months after a blaze caused devastating damage to Paris' Notre-Dame cathedral, nearly one billion euros have been paid or pledged to rebuild the edifice, France's culture minister said Tuesday. 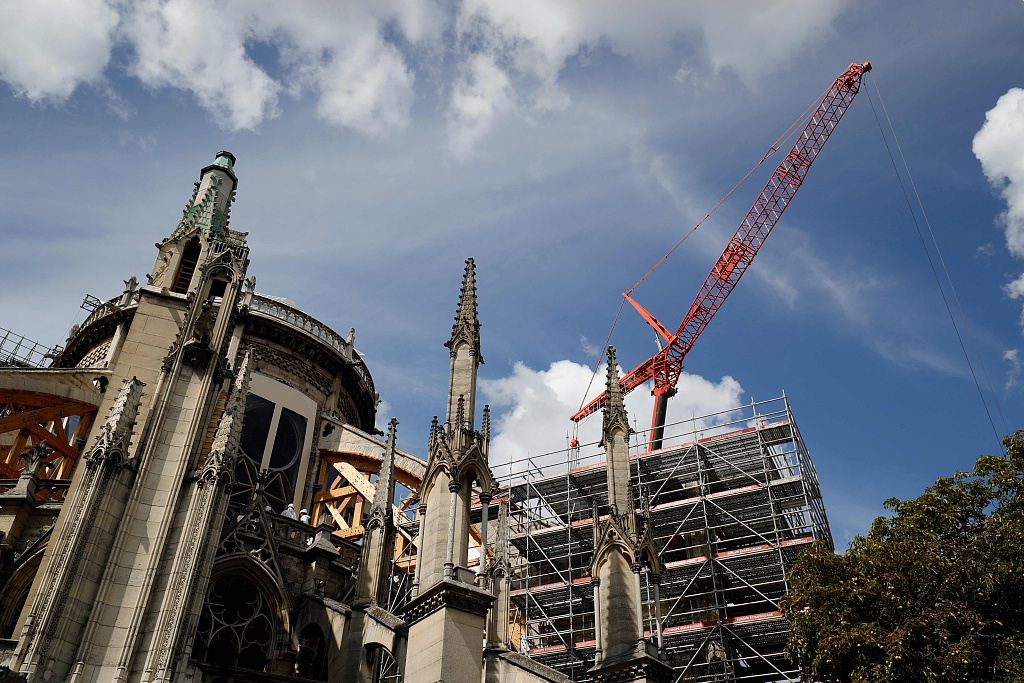 A picture taken on August 19, 2019 shows a crane at the cathedral of Notre-Dame of Paris worksite, as works to restore the cathedral following a devastating fire in April resumed, after lead scare. (File photo: VCG)

Of the total, 104 million euros have already been paid over by 350,000 donors, Franck Riester told journalists in Paris.

"It is far too early to say whether the amount will be enough," the minister said, adding "the government will assume its responsibilities; we will not leave Notre-Dame in the lurch."

Three foundations and France's National Monuments Centre have been charged with raising money for rebuilding the cathedral, which saw a fire tearing through its roof on April 15, toppling its historic spire.

There is no consensus on how the Notre-Dame should look after reconstruction, with some arguing for the spire to be rebuilt exactly as it was, and others making the case for innovation.

On Tuesday, the project's chief architect Philippe Villeneuve said the reconstruction can be done within five years if it is re-made to look as it did before.

France's richest man Bernard Arnault in September signed a formal accord to firm up a pledge of 200 million euros ($220 million). The signing on another 100 million promised by the oil giant Total is awaited in October.