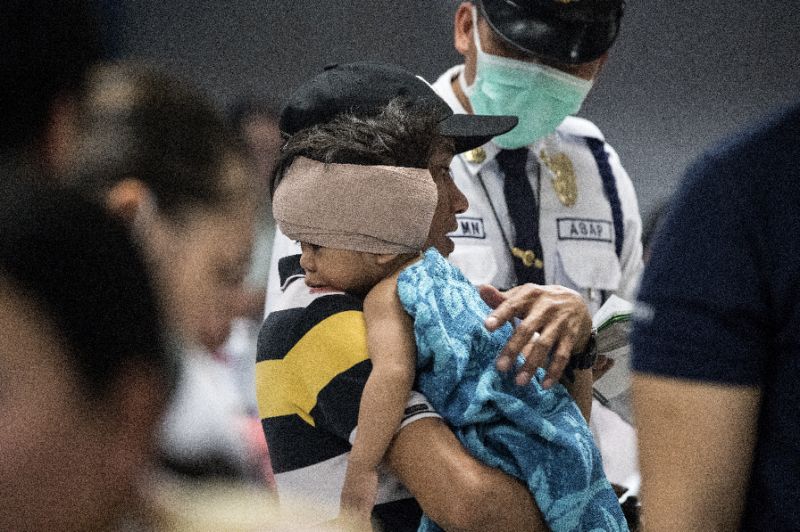 Nearly 200 people were injured during traditionally raucous New Year celebrations in the Philippines despite President Rodrigo Duterte's order limiting the use of firecrackers, the health minister said Monday.

The order signed in June restricted the noisy explosives to community fireworks displays in an attempt to curb the bloody merrymaking that leaves scores of Filipinos dead or injured each year.

The Philippines is mainly Catholic but the violent New Year festivities draw on ancient superstitions and Chinese traditions, with people firing guns and setting off powerful fireworks in the belief the bangs will drive away bad spirits.

Health Secretary Francisco Duque said 191 people were hurt during the 2018 revelry -- down 77 percent compared to the average over the past five years -- but added his department might recommend a total firecracker ban to ensure zero casualties.

"We are relatively pleased -- relative because there are still injuries but pleased because of the substantial reduction in fireworks-related injuries," Duque told reporters as he thanked Duterte for issuing the order.

Asked how to further minimise injuries, Duque said: "I think the end goal really is to ban fireworks completely."

Duterte, 72, won elections in mid-2016 vowing to strictly enforce law and order measures. He has also waged an unprecedented drug war which has claimed thousands of lives and led rights groups to warn he may be orchestrating crimes against humanity.

The president's June order stated that firecrackers may only be used in areas approved by local governments and under the supervision of trained and licensed people.

Duque said most of this year's injuries occurred on the streets of the capital Manila, with illegal matchstick-sized "piccolo" firecrackers remaining the top cause.

Among those hurt was an 11-month-old baby, he added.

Duterte in 2016 said firecracker-related injuries were a "very serious public health issue", adding he was concerned about children, who make up most of the victims.

As Davao mayor, he signed in 2002 an ordinance that banned the manufacture, sale, distribution, possession and use of firecrackers in the city.

Duterte's spokesman said on Monday that the president might consider adopting a total firecracker ban nationwide.

"He might but there may be a need to amend the law," Harry Roque told AFP.