Search teams are looking for one missing person after rescuing all other passengers from a large ferry that caught fire in Indonesia, an official said Sunday. 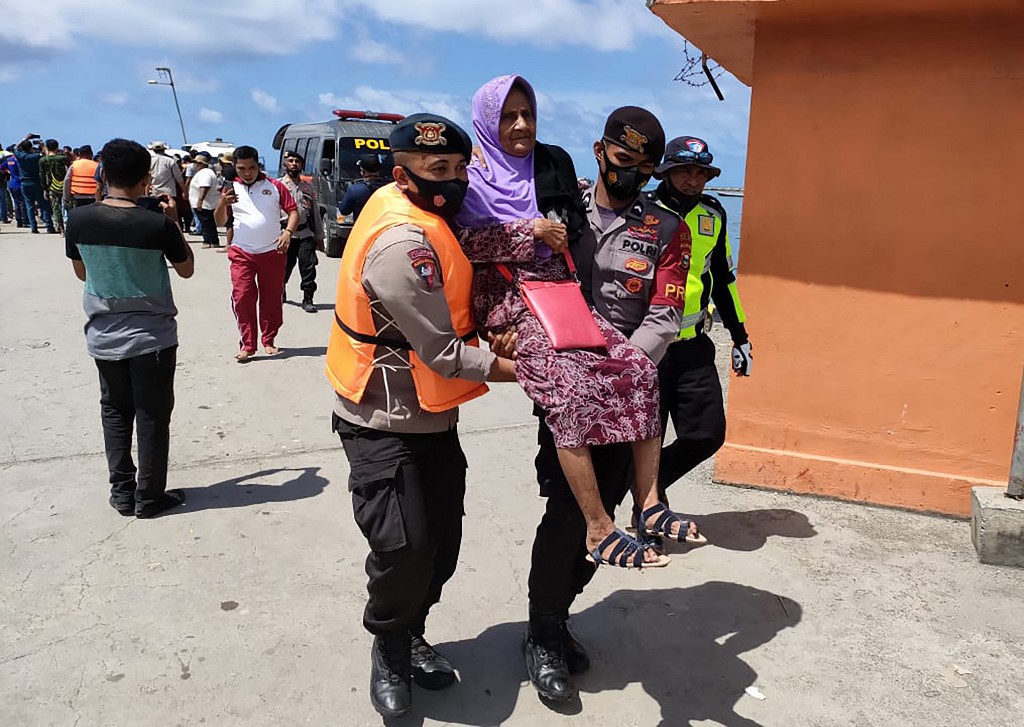 This handout photo taken on May 29, 2021 and released by National Search and Rescue Agency (BASARNAS) shows rescuers carrying an elderly woman rescued from a the KM Karya Indah ferry sailing in the Molucca sea heading for Sanana, a port on the island of Limafatola, when a fire broke out with 275 people on board. (Photo: AFP)

The KM Karya Indah was heading to Sanana, a remote port in the northeast of the Indonesian archipelago when it was engulfed in flames.

Shortly after departing, the ferry caught fire, forcing passengers and crew to jump into the sea to save themselves. There are no reported casualties.

"There were 275 people on board, 274 had been evacuated safely," Muhammad Arafah, the head of the local search and rescue team told Kompas TV Sunday. "One person, a 43-year-old man, is still being searched for." He added that at least 35 passengers were children.

Dozens of rescuers are still scouring the area for the missing person.

Images shared by the search and rescue agency showed the large ferryboat enveloped in thick, dark smoke while passengers in life jackets were rescued by rafts.

More than a dozen crew members have been detained and questioned by the local police to determine the cause of the fire.

Maritime accidents are common in Indonesia due to poor safety standards. But passenger ferries are widely used for transport in the archipelago of some 17,000 islands.

In 2019, 21 people died when an overloaded ferry sank in rough seas off Java's north coast.

In 2018, around 160 people drowned when an Indonesian ferry sank into the depths of one of the world's deepest lakes on Sumatra island. And more than 300 people are estimated to have drowned in 2009 when a ferry sank between Sulawesi and Borneo.