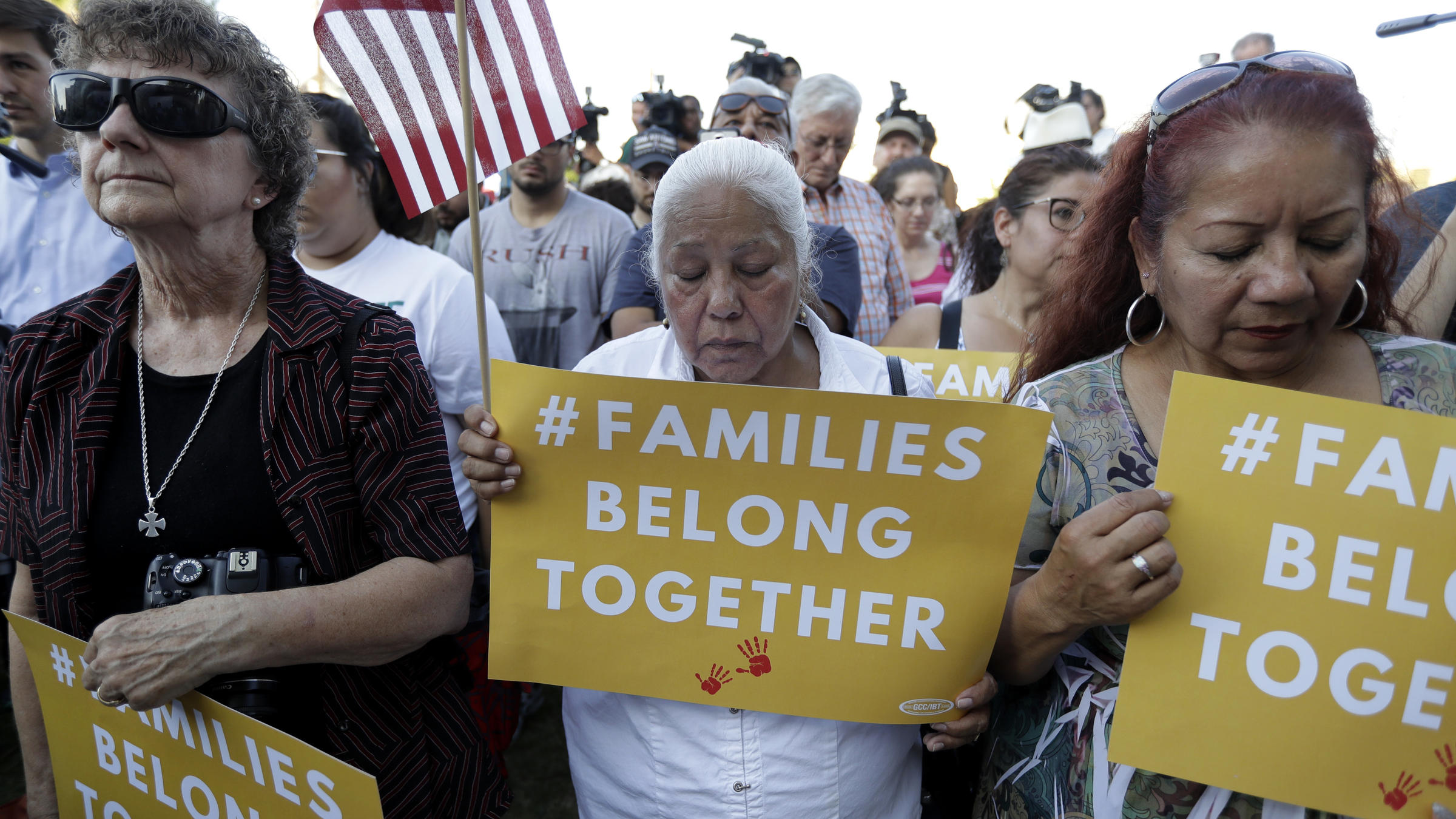 Protesters in San Antonio pray during a Rally For Our Children event to protest the Trump administration's "zero-tolerance" immigration policy. (File photo: AP)

The DHS Reunification of Families Task Force found that among a total of 5,636 children separated on the U.S.-Mexico border, between July 1, 2017, and Jan. 20, 2021, 3,913 were separated from their parents under zero-tolerance-related policies, said a USA Today report on Tuesday.

There are 1,723 children whose separations remain under review, said the report.

President Joe Biden announced the creation of the task force in February and asked for an initial progress report no later than 120 days, said the report, adding that the task force submitted its report to Biden on June 2.