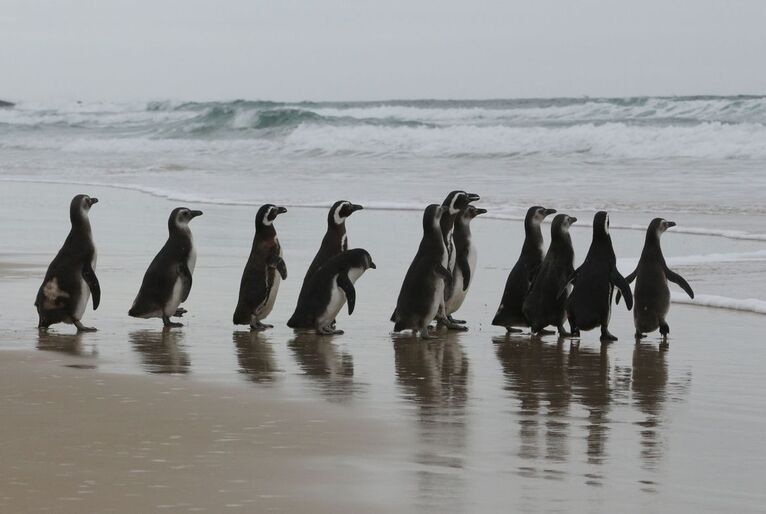 SAO PAULO, Aug. 13 (Xinhua) -- Nearly 600 penguins have been found dead on the beaches of Santa Catarina in southern Brazil following an extratropical cyclone whose winds reached more than 100 km per hour, scientific authorities reported on Saturday.

The Santos Basin Beach Monitoring Project (PMP) tasked with monitoring marine animals on the southeastern and southern coasts of Brazil said 596 dead penguins had been discovered.

The animals were found on several beaches of the state capital Florianopolis, said biologist Andre Barreto, Santa Catarina coordinator of the PMP.

The extratropical cyclone that moved through the south and southeast of Brazil has led to a number of marine animals washed up on beaches since Tuesday, Barreto said, adding animals such as seagulls and turtles were also found.

"Generally, the animals that appear after cyclones are the weakest. The penguin has more difficulty escaping from the strong waves, because unlike other birds, it cannot fly. When it comes up to breathe on the surface, it ends up drowning in the rough sea," the specialist told local press.

Winds of more than 100 km per hour were recorded between Tuesday and Friday in Santa Catarina, according to the local meteorological body Epagri.