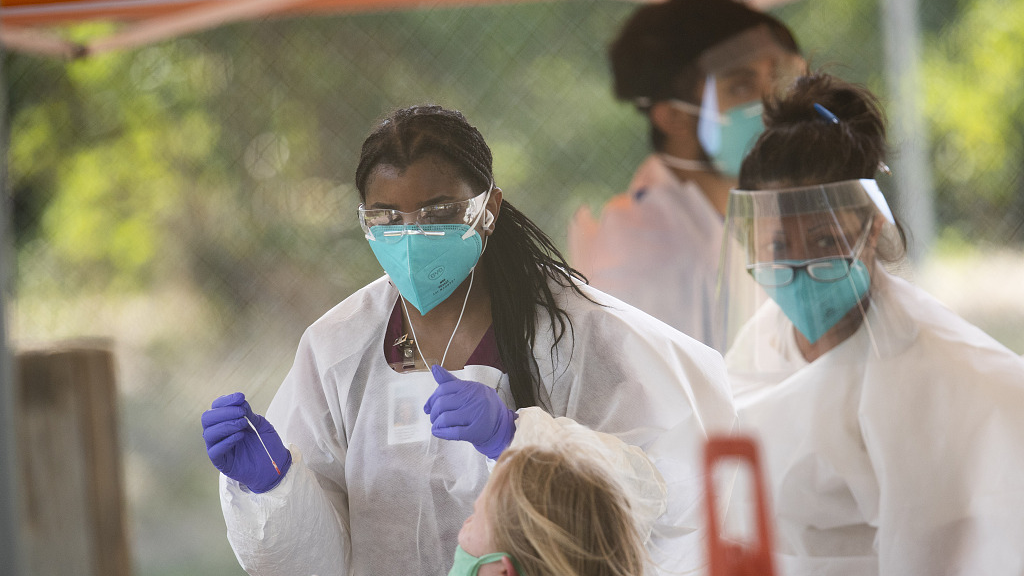 Nearly a fifth of 11,000 people enrolled so far in a 30,000-volunteer U.S. trial testing a COVID-19 vaccine from Pfizer and German partner BioNTech are Black or Latino, a top Pfizer executive has told Reuters.

"Between Latinx and Black or African American populations, we're running at about 19 percent or so," Dr Bill Gruber, Pfizer's senior vice president of vaccine clinical research and development, said.

"We're trying to push even higher than that."

Situation of Black or African Americans

According to a U.S. Centers for Disease Control and Prevention (CDC) report published on June 15, among 599,636 (45 percent) cases with known information, 33 percent of persons were Hispanic or Latino and 22 percent were non-Hispanic black (black).

Black and Latino Americans are infected with COVID-19 at more than twice the rate of white Americans, research has shown. The virus has been hitting Black or African Americans especially hard. 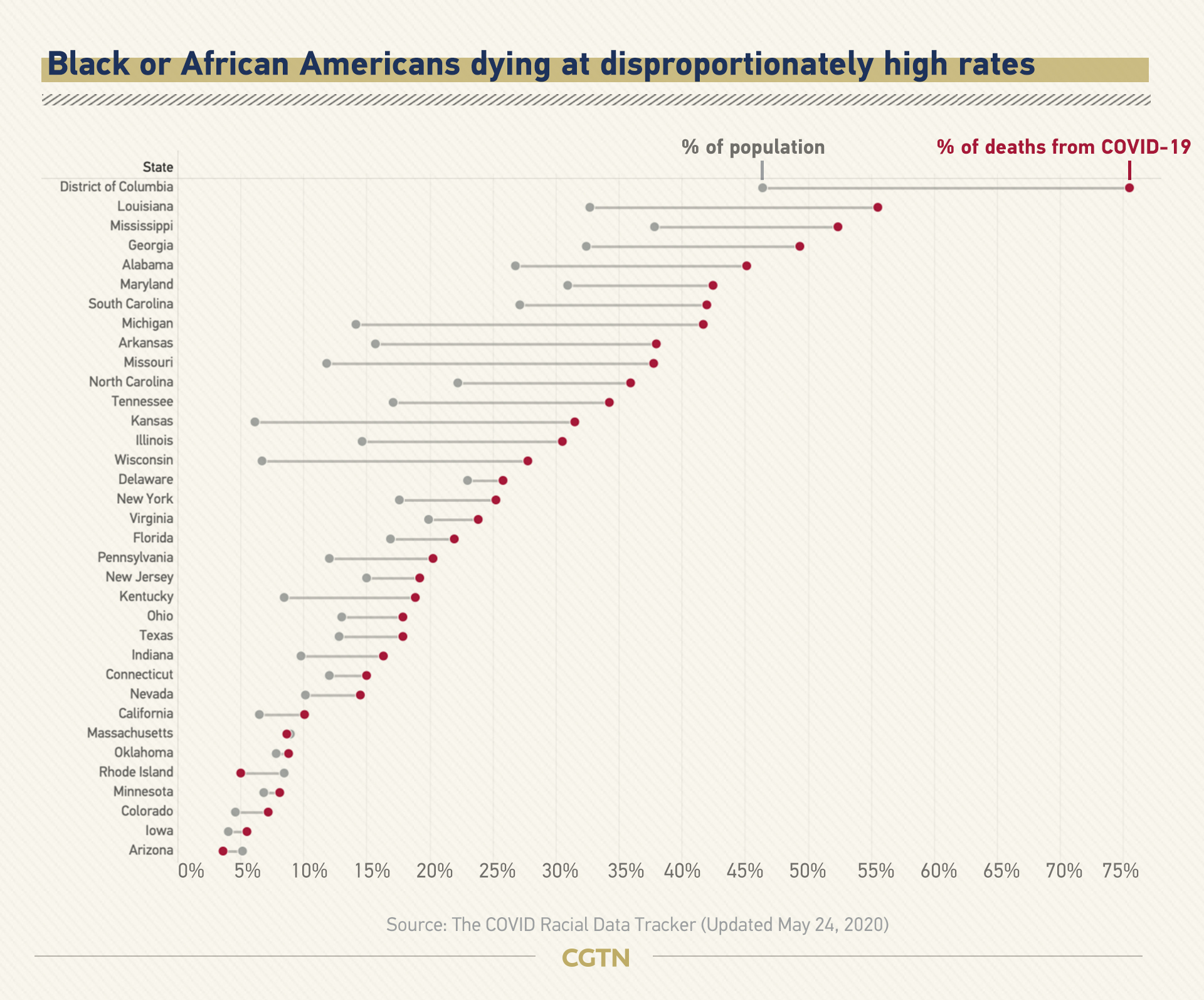 They account for 13 percent of the U.S. population but 25 percent of COVID-19 deaths where race is known, according to the COVID Racial Data Tracker.

Though the pandemic seems to equally affect people of all races and backgrounds, in the United States, Black or African Americans are dying at disproportionately higher rates.

About 20,400 Black or African Americans are known to have been killed by the virus, the tracker shows.

"The COVID-19 pandemic continues to be severe, particularly in certain population groups," the report said. The groups are historically underrepresented in clinical trials. 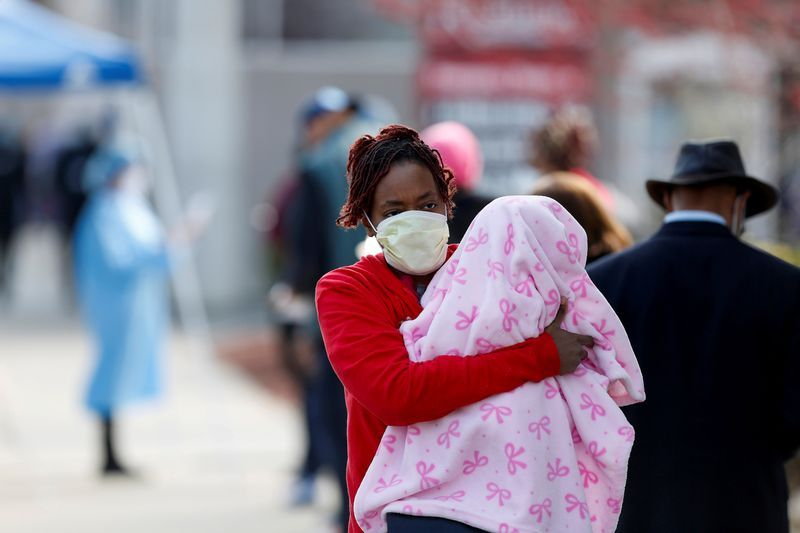 People wait in line to receive testing during the global outbreak of the coronavirus disease in Chicago. (File photo: CGTN)

The companies' vaccine has quickly advanced into late-stage testing, with some participants already getting their second of two doses.

Physicians and scientists have been urging companies testing coronavirus vaccines to include Black, Latino and indigenous Americans in COVID-19 vaccine trials in hopes of building trust among at-risk populations.

"We have a lot of campaigns to reach out to those communities because they are overrepresented in terms of COVID-19 illness, so we are very keen to have those individuals as part of our trial," Gruber said on Thursday. "They have higher attack rates and they are most likely to benefit." 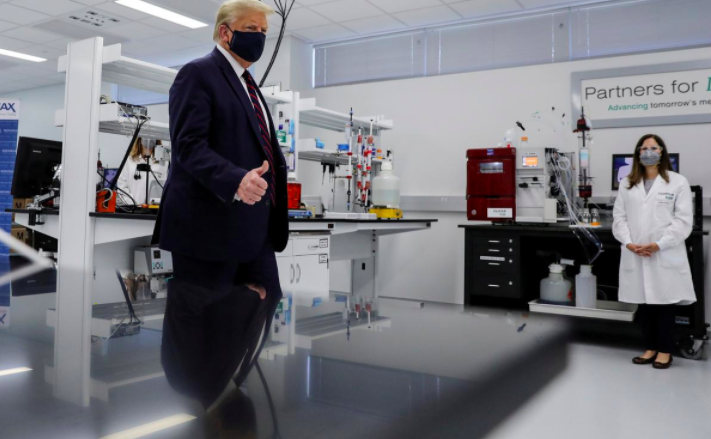 How soon can this vaccine be ready?

The speed with which the vaccine can be approved depends on how quickly patients in the placebo arm become infected with the virus, starting about a week after the second dose is administered.

"We won't really know until we get a little farther," Gruber said.

"I can't tell you what will happen politically," he added, when asked about concerns the White House might pressure companies and regulators to announce progress before the November election.

According to a Reuters source on Friday, Peter Marks, director of the Food and Drug Administration's Center for Biologics Evaluation and Research, has vowed to resign if the Trump administration approves a vaccine before it is shown to be safe and effective.

Marks, who will help decide the fate of a coronavirus vaccine, made the statement in response to concerns raised on a conference call late last week of government officials, pharmaceutical executives and academics who serve on a vaccine working group organized by the National Institutes of Health.

"You have to decide where your red line is, and that's my red line," he said. "I would feel obligated (to resign) because in doing so, I would indicate to the American public that there's something wrong."