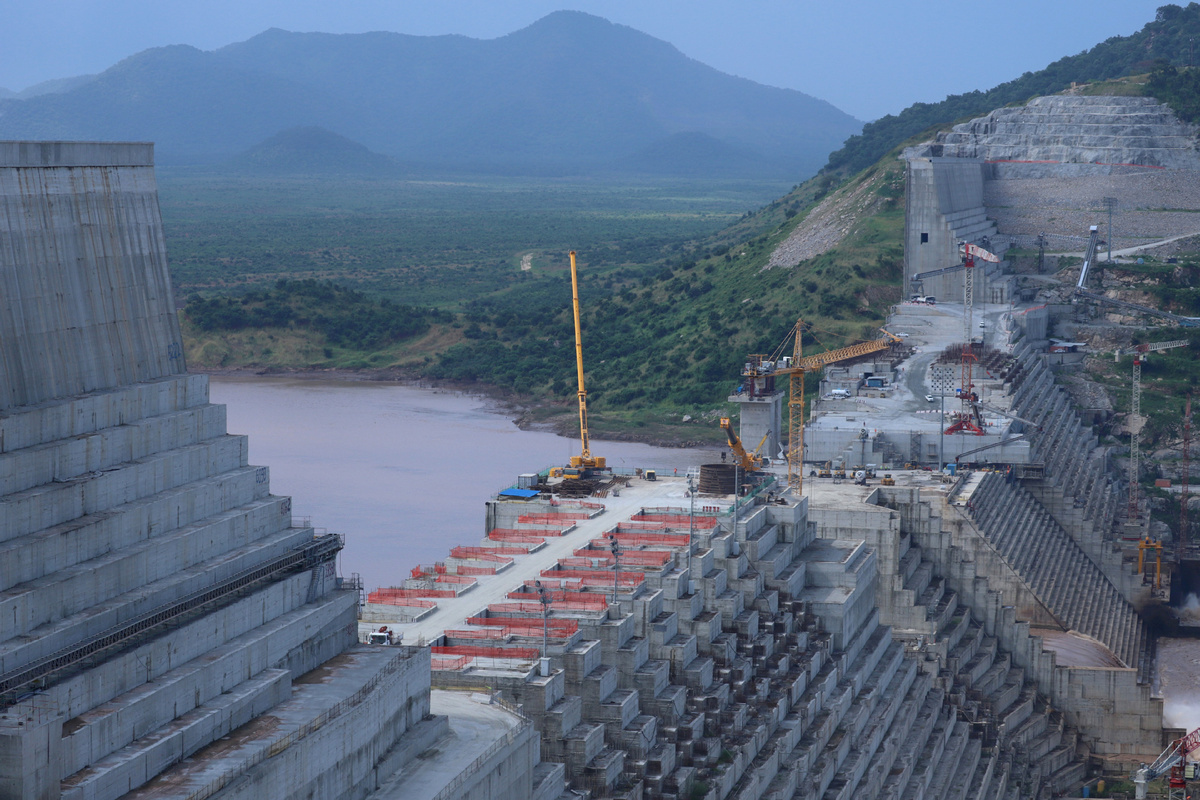 CAIRO - The Egyptian Foreign Ministry said on Tuesday that the latest negotiations in the Democratic Republic of the Congo (DR Congo) over the disputed Grand Ethiopian Renaissance Dam (GERD) made "no progress and failed to reach an agreement."

"The latest African Union (AU)-sponsored talks that sought to re-launch the deadlocked negotiations for reaching a deal over the filling and operation of the dam came with no progress due to persisting differences," Ahmed Hafez, spokesperson of the foreign ministry, said in a statement.

Ethiopia refused the Sudanese proposal that has been approved by Egypt for forming an international quartet committee headed by the AU to mediate the three countries' conflicts, Hafez said.

He added Ethiopia has also rejected all the other alternatives that Egypt has proposed to develop the negotiation process in which observers will be invited to offer solutions for the controversial legal and technical issues.

Egypt and Sudan desired to reach a deal over the dam with a sense of flexibility and responsibility, he said.

"Rejection of the Egyptian proposals that were welcomed by Sudan revealed the absence of Ethiopia's political willing to resume negotiation with good intentions," he added.

The Ethiopian crippling stand will complicate the GERD crisis and increase the congestion in the region, Hafez added.

"Egypt is ready to cooperate with Felix Tshisekedi, the president of DR Congo and current chairman of the AU, for finding a solution for the GERD issue in a way that maintains the interests of the three countries and enhances the regional stability," Hafez said.

Ethiopia started building the GERD in 2011, while Egypt is concerned that the dam might affect its 55.5-billion-cubic-meter annual share of the Nile water. Sudan has recently been raising similar concerns over the 4-billion-US-dollar dam as a "direct threat" to Sudan's national security.

Over the past few years, tripartite talks on the rules of filling and operating the GERD, with a total capacity of 74 billion cubic meters, have been fruitless, including the early ones hosted by Washington and the recent ones by the AU.