UNITED NATIONS, Aug. 8 (Xinhua) -- The Nelson Mandela Peace Summit, a high-level plenary meeting on global peace in honor of the centenary of the birth of Nelson Mandela during the 73rd session of the UN General Assembly (UNGA 73), will be held on Sept. 24, a UN spokesman said Wednesday. 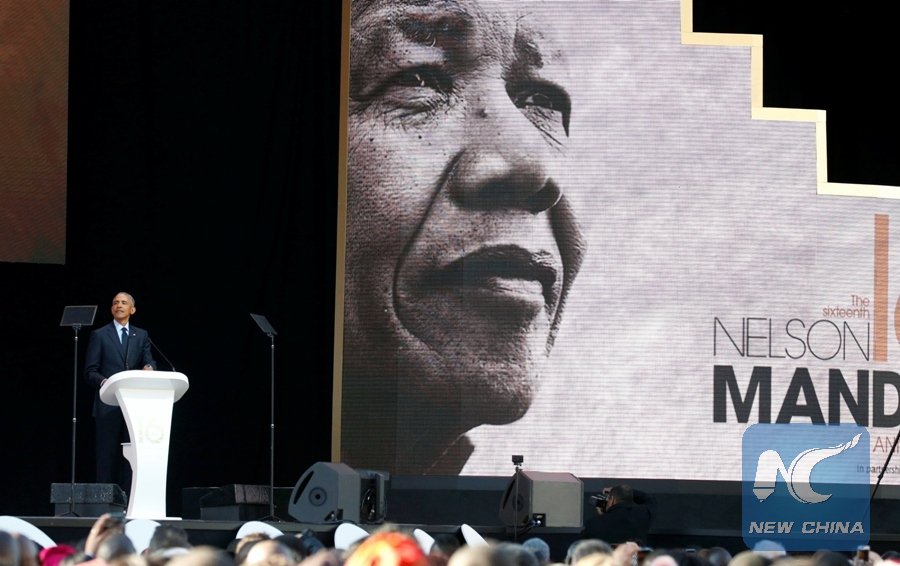 "This will be a new event, and it hasn't been held before," Brenden Varma, spokesman for the UNGA President, said at a daily news briefing.

"The plenary will adopt a political declaration negotiated by member states," according to a note on the UN website.

In May this year, the permanent representatives of South Africa and Ireland, serving as co-facilitators, began consulting with governments on the content of the declaration.

The UNGA 73 will open on Sept. 18. The first day of the high-level general debate will be Sept. 25, and is scheduled to last for nine working days.

Maria Fernanda Espinosa Garces, President-elect of the 73rd session of the UNGA, announced in July that the theme of the general debate will be "Making the United Nations Relevant to All People: Global Leadership and Shared Responsibilities for Peaceful, Equitable and Sustainable Societies."

On Sept. 26, the UNGA will also hold a high-level meeting on the fight against tuberculosis, as agreed by member states in February.

On Sept. 27, the UN will hold a one-day comprehensive review of the progress achieved in the prevention and control of non-communicable diseases (NCDs), which will be the third high-level meeting of the UNGA on the issue.

A number of events will take place in parallel to the opening of the 73rd session of the UNGA under the banners of Global Goals Week 2018 and Climate Week NYC 2018, according to the note.