Nepal and Cambodia reached four bilateral agreements during the ongoing visit of Cambodian Prime Minister Samdech Techo Hun Sen to the country, the Ministry of Foreign Affairs has said. 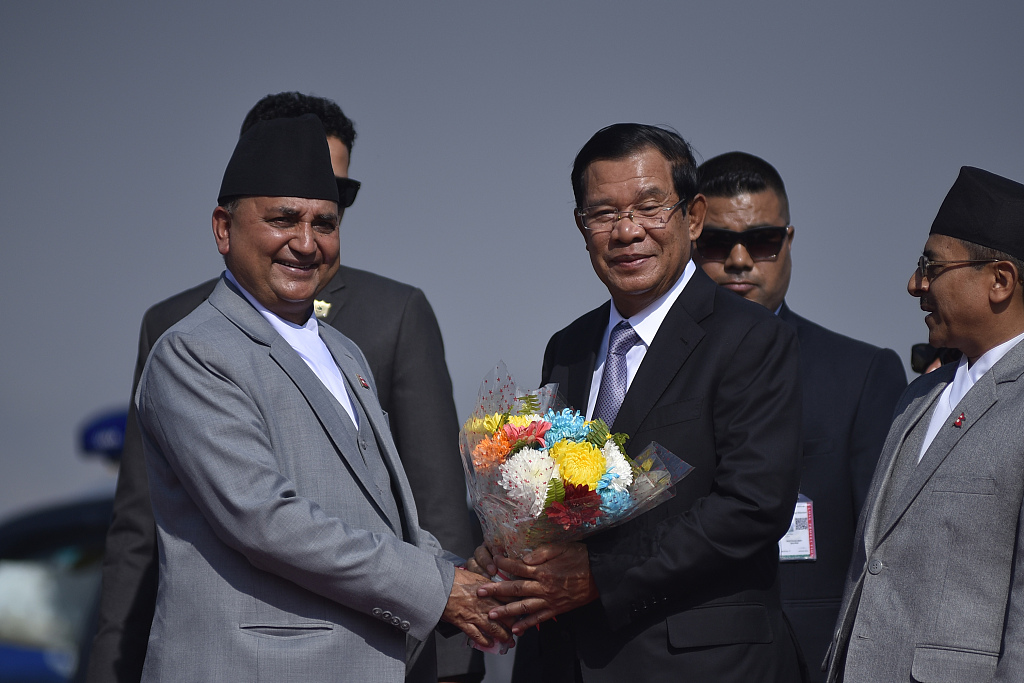 The two sides signed the deals following the bilateral talks between the prime ministers of the two countries.

The agreements were on air transport, visa exemptions, political consultations and cultural cooperation, according to a press release issued by the foreign ministry late Thursday.

During their talks, Nepali Prime Minister K.P. Sharma Oli and Hun Sen discussed a wide range of issues pertaining to Nepal-Cambodia relations, according to the ministry.

Hun Sen arrived in Kathmandu for a four-day official visit on Thursday morning. He is scheduled to meet Nepali President Bidhya Devi Bhandari during his visit.