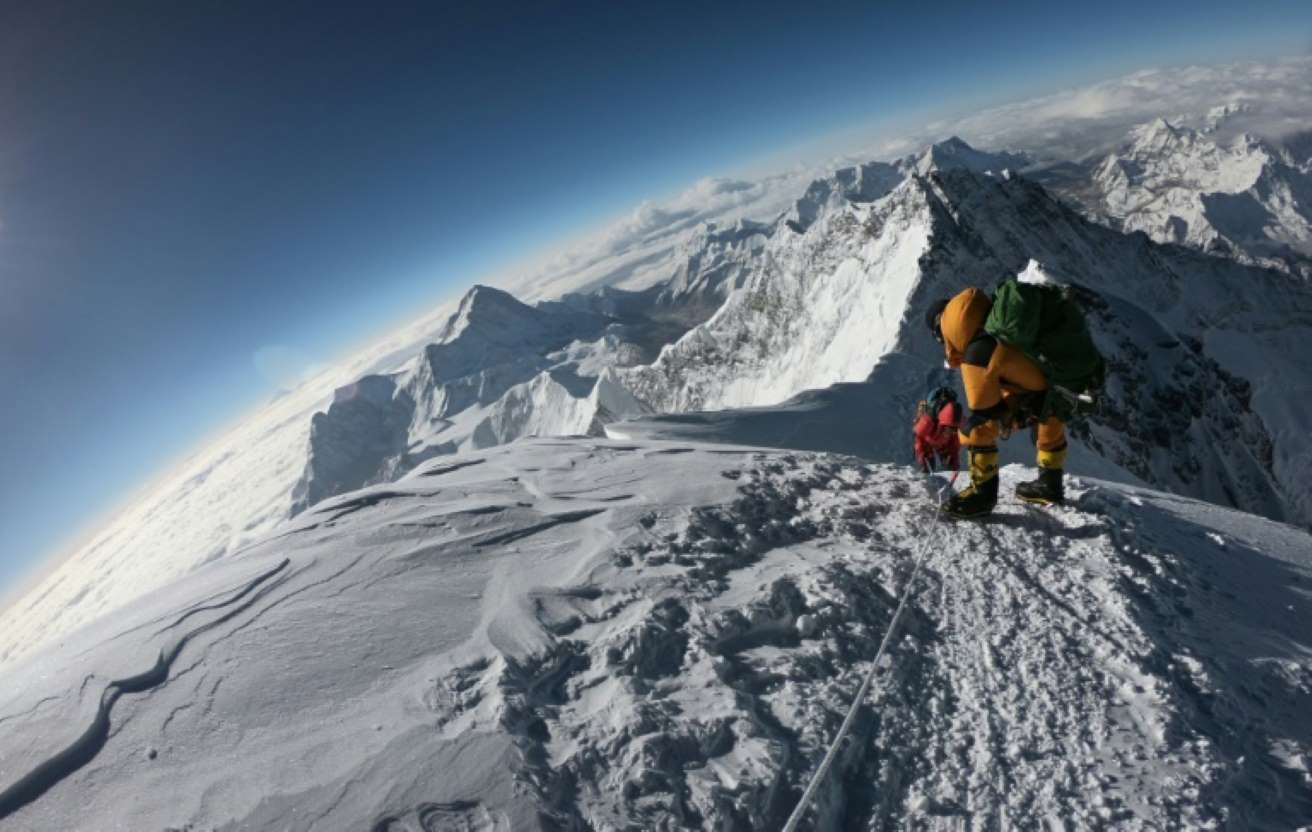 More than 300 people have died on Mt. Qomolangma since expeditions to reach the top started in the 1920s. (File photo: AFP)

The bodies of four climbers who failed their Mt. Qomolangma challenge and left little clue as to their identity have thrown up a new challenge for Nepalese authorities who control the world's tallest peak.

Worn by the wind and cold to near skeletons, the remains have been in a Kathmandu morgue since they were brought back from the slopes two weeks ago with nearly 11 tonnes of trash.

Police and government officials admit they face a huge challenge putting names to the dead climbers and sending them back to their home countries.

They cannot even be sure how long the corpses had been among scores waiting to be found on the slopes.

A government-organised clean-up team retrieved the bodies between the Mt. Qomolangma base camp and the South Col at 7,906 metres (25,938 feet) this climbing season.

"The bodies are not in a recognisable state, almost down to their bones. There is no face to identify them," senior police official Phanindra Prasai told AFP.

"We have directed the hospital to collect DNA samples so they can be matched with any families who come forward."

Nepalese police are going through administrative processes so they can make an appeal for help and inform foreign diplomatic missions about the bodies. But some fear the mystery could take years to solve.

"It is a difficult task," said Ang Tsering Sherpa, former president of the Nepal Mountaineering Association.

"They need to share more information about the bodies, especially the locations of where the bodies were found, and reach out to expedition operators."

It is not known how many bodies are still hidden in the ice, snow and deep crevasses.

The body of George Mallory, the British climber who went missing during a 1924 attempt on the summit, was only found in 1999. The remains of his partner Andrew Irvine have never been found. And it is still not known if they reached the top.

Some bodies, still in colourful climbing gear, have become landmarks on the way up to the summit, earning nicknames such as "Green Boots" and "Sleeping Beauty".

"Green Boots" is believed to be an Indian climber who died during a 1996 expedition. The body was believed to have been moved away from the main path in 2014.

"Sleeping Beauty" is said to be Francys Arsentiev, who was the first American woman to reach the summit without bottled oxygen in 1998, but who died on the way down.

Her husband died trying to save her and a 2007 expedition buried the "Sleeping Beauty" on the mountain.

The retrieval of corpses at high altitudes is a controversial topic within the climbing community.

It costs thousands of dollars as up to eight sherpas are needed and it puts the life of rescuers in danger. Some families prefer to let the body of their loved one rest in the mountain.

Global warming means that sometimes, the mountain itself brings back the dead, as shifting glaciers or melting snow reveal bodies that have been lost for years.