KATHMANDU, Feb. 24 (Xinhua) -- The Nepali government has started compulsory health screening of all the passengers coming from South Korea at its international airport in capital Kathmandu for possible infection of novel Coronavirus, a senior official at the Ministry of Health and Population said. 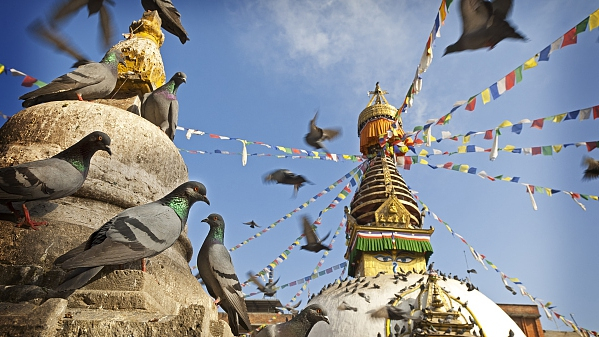 "We are conducting health screening of all the passengers coming from South Korea starting from Sunday," Dr. Hemanta Chandra Ojha, chief of Zoonotic and Other Communicable Disease Control Section at Epidemiology and Disease Control Division under the Ministry, told Xinhua on Monday. "Based on the normal tests of fever and any other symptoms related to Coronavirus, the passengers developing any symptom of Coronavirus will be kept in isolation and additional tests will be conducted."

The Nepali government has set up a health desk at its only international airport--Tribhuvan International Airport. The team has been screening all the passengers coming from China, Singapore and Malaysia, according to Dr. Ojha.

He added that the international airlines have been told to notify the Nepali officials about anybody who develops fever or any other symptom of Coronavirus during the flight.

The Nepali government has been concerned over the spread of epidemic in South Korea where a sizable number of Nepalis are either working or studying. South Korea hires Nepali workers every year under its Employment Permission System for foreign workers. Last month, a Nepali who had come from Wuhan, China was identified to have been infected with Coronavirus. No other case of infection has been identified so far after the first one, according to Nepal's Ministry of Health and Population.