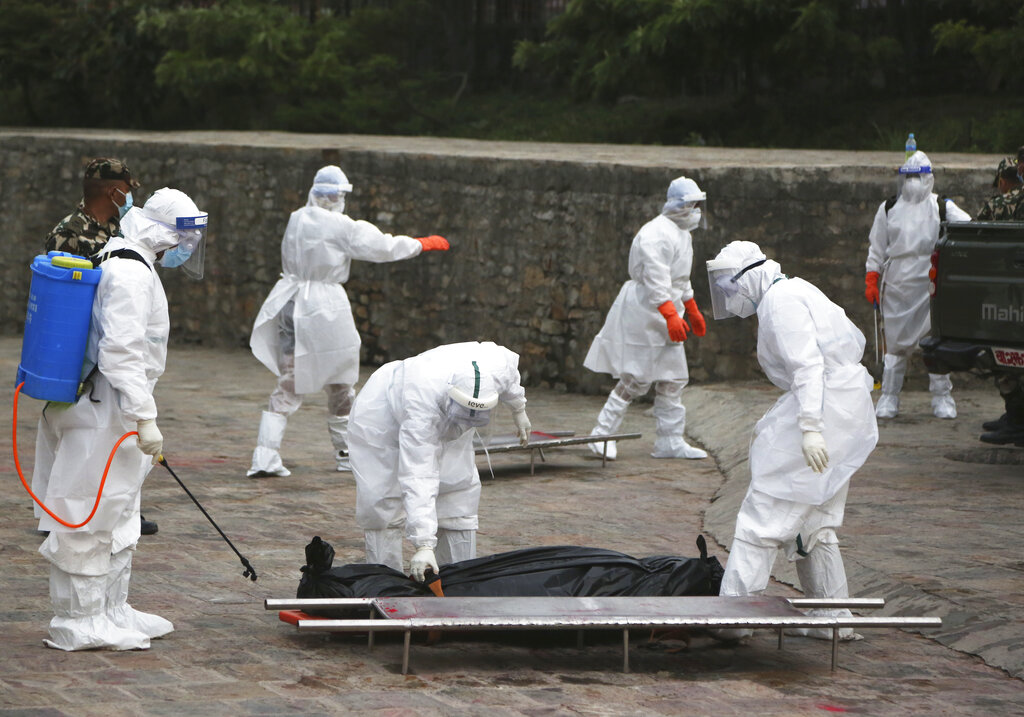 The Sukraraj Tropical and Infectious Disease hospital which has been converted into a COVID-19 hospital, and the National Trauma Centre, another hospital which treats people injured in accidents, are running out of liquid oxygen.

"Our liquid oxygen tank is running out of oxygen and it will just be enough till Wednesday," Sagar Kumar Rajbhandari, a hospital official, told Xinhua on Tuesday.

Nepali Prime Minister K.P. Sharma Oli said on Monday in his address to the nation that the government had banned supplying oxygen for purposes except for the purpose of treating patients.

The situation is becoming grim for Nepal as the Himalayan country on Tuesday reported another record of high deaths and infections.

According to data released by the Ministry of Health and Population on Tuesday, a record high of 55 deaths and 7,660 infections were reported in the last 24 hours, breaking the earlier record of 37 deaths and 7,448 infections in a single day on Monday.