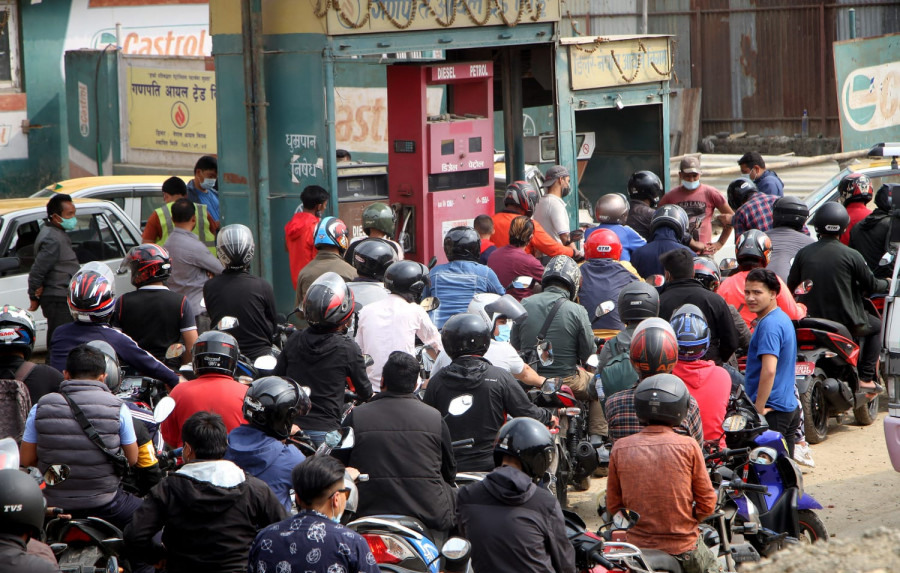 As a result, the prices of petrol and diesel shall be cut by 20 Nepali rupees (16 US cents) and 29 rupees (23 cents) per liter respectively from Saturday midnight, Minister for industry, commerce and supplies Dilendra Prasad Badu told the press.

"Due to increasing prices of petroleum products, prices of essential goods have gone up in the market which has heavily affected the general lives of the people," Badu said.

According to Nepal Rastra Bank, the country's central bank, the year-on-year consumer price index jumped to a staggering 7.87 percent in May, hitting a 69-month high. It was 3.65 percent in May last year.

"It is not the final solution but it is an effort to give some relief to the people," Badu said, as sporadic protests have broken out against hiking fuel prices in recent days.

Petroleum products are the single largest import item for Nepal. During the first 11 months of the current fiscal year which ends in mid-July, Nepal imported petroleum products worth 281.61 billion rupees (2.24 billion dollars), accounting for some 16 percent of its total imports during the period, according to figures from the Department of Customs.