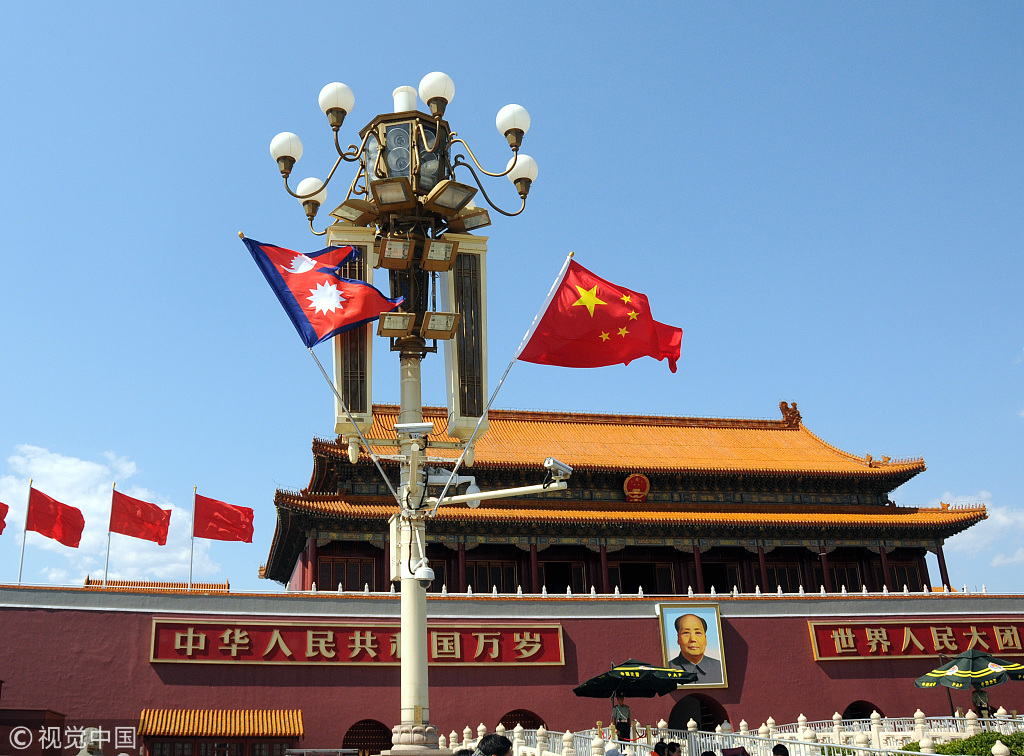 The early completion of a Chinese-built tunnel for water diversion in Nepal is a powerful demonstration of win-win cooperation in the Belt and Road Initiative, said Chinese Ambassador Hou Yanqi.

Hou made the remarks at a ceremony on Tuesday, when the excavation was finished for the last part of the 12-kilometer tunnel connecting the Bheri and Babai rivers.

The project, completed a year ahead of schedule, will transfer water from the Bheri River to the Babai River and provide irrigation for 51,000 hectares of farmland in central and western Nepal, alleviating food shortages in the regions.

The Chinese companies and Nepal technicians worked together and overcame challenges to finish digging the tunnel which is an illustration of "China speed", Hou said.

During the process, the Chinese companies have created jobs for local people, trained more than 2,000 technicians, dug more than 30 wells and built more than 10 kilometers of road, Hou added.

The project also shows that China-Nepal cooperation is highly efficient and mutually beneficial, and is a powerful example of the principles for the Belt and Road Initiative, which are extensive consultation, joint contribution and shared benefits, Hou said.

The tunnel is among a number of infrastructure projects Chinese companies are undertaking in Nepal, covering roads, bridges and relic restoration.

All these projects are carried out under the principles of equality, mutual benefit, openness and transparency, and have improved local people's lives greatly, Hou pointed out, adding that Nepalese President Bidhya Devi Bhandari will attend the second Belt and Road Forum for International Cooperation, which kicks off in Beijing on Thursday.

China and Nepal signed a memorandum of understanding on cooperation in the Belt and Road Initiative in 2017.

"I am convinced that, under the guidance of the two countries' leaders and the relentless efforts by their governments and people, China and Nepal will keep achieving new accomplishments in their cooperation in building the Belt and Road," the ambassador said.

The smooth progress of the tunnel project also resulted from coordinated efforts among different countries, including the United States, Hou said.

The tunnel was dug using a tunnel-boring machine built and installed by a US-based manufacturer, The Kathmandu Post reported.

The Chinese embassy in Kathmandu quoted Nepalese Prime Minister Khadga Prasad Oli as saying the project, once unimaginable in Nepal, has become the country's pride and epitomizes the friendship and cooperation between Nepal, China and the US, and will help Nepal in modernizing its agriculture.

The project "shows when rules are clear/procurement process is open, Nepal doesn't have to choose 1 partner or another, but in fact benefits from many relationships to get best results for Nepal," he said.