Kathmandu, April 27 (Xinhua) -- The Nepali government will prohibit foreigners from making Nepal a transit point to fly to the third countries starting from midnight Wednesday, citing the risks from COVID-19. 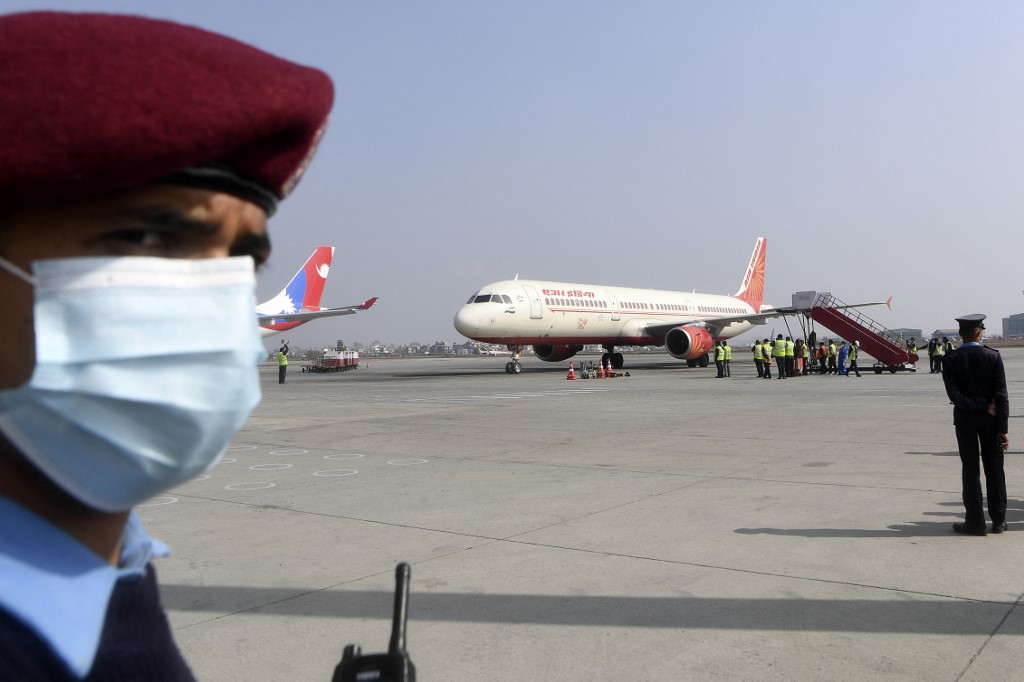 Issuing a notice on Tuesday, Nepal's Department of Immigration stated that foreigners would be banned from coming to Nepal for third countries by making the Tribhuvan International Airport in Kathmandu as a transit point, starting from midnight Wednesday.

The department said that move was taken after considering the risk of a new variant of COVID-19 which is spreading globally. However, the Nepali and foreign nationals who make Nepal the final destination can come to Nepal and leave the country as well, the department said.

"As the people from the countries badly affected by the COVID-19 were found to have used Nepal as transit point for travelling to the third countries, we took such a decision to avoid potential risk to Nepal from them," Jhankanath Dhakal, director at the department, told Xinhua on Tuesday.

Officials at the department said that the provision was made basically to prevent the flow of the Indian nationals who were making Nepal transit to travel to third countries after many countries suspended international flights to and from India.

India is currently facing a coronavirus crisis with over 300,000 people getting infected each day in the last few days.

Nepal, a neighbour of India, is also witnessing a rapid rise in coronavirus cases in the recent days with the number of daily infections surpassing the 3,000-mark.