KATHMANDU, Nov. 26 (Xinhua) -- The world will soon know the new height of Mt. Qomolangma as Nepal's cabinet decided on Wednesday to announce the height of the world's tallest peak jointly with China, a senior Nepali cabinet minister said. 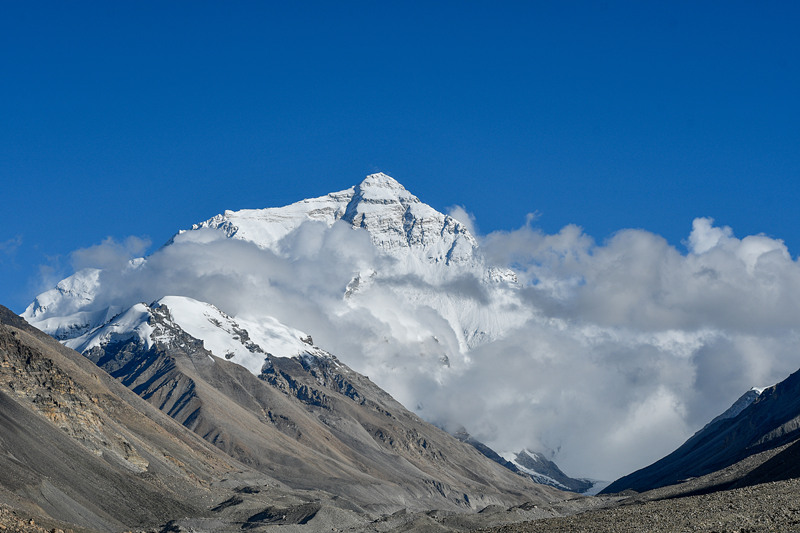 As agreed between Nepal and China in October last year, both countries will jointly declare the height and conduct scientific research of Mt. Qomolangma, known as Sagarmatha in Nepal and Everest in the west.

After Nepali and Chinese surveyors completed the measurement process of the world's highest mountain, preparation was made to announce its new height.

Mt. Qomolangma remains a shared treasure of Nepal and China.

"The two sides have already reached a conclusion on the height of the mountain. We plan to declare the height within a month." But they are yet to decide regarding in what forum the height will be declared.

Nepali surveyors had reached the top of the mountain in May 2019 to conduct measurement by taking necessary measurement equipment.

A team of Chinese surveyors also climbed the Mt. Qomolangma in May this year. According to the Nepali officials, there has been communications between the two sides regarding the height of the mountain.

The Nepali government's efforts to measure the height had come amid speculations from some scientists that the world's tallest mountain has shrunk after Nepal's devastating earthquake in 2015. It was the first time Nepal itself measured its height.

Nepal has been recognizing the height of 8,848 meters as measured by the Survey of India in 1954.

In 1975, Chinese surveyors measured Mt. Qomolangma as standing 8,848.13 meters above sea level, which was recognized by the international community.

In this survey, the Chinese team, for the first time in human history, erected a survey marker atop the summit, allowing six survey points at the foot of the mountain to simultaneously measure the height of the peak.

In 2005, China remeasured the elevation of Mt. Qomolangma, combining traditional geodetic methods and satellite technologies. The task adjusted the height after measuring the depth of the snow cap atop the summit.

The 2005 survey registered the summit's rock height at 8,844.43 meters and its ice-snow layer at 3.5 meters deep. There was one meter of unknown material, probably a mixture of ice and gravel, between the rock head and the snow cap.

In 1999, the US National Geographic Society and Boston's Museum of Science measured the height of the peak at 8,850 meters including snow.