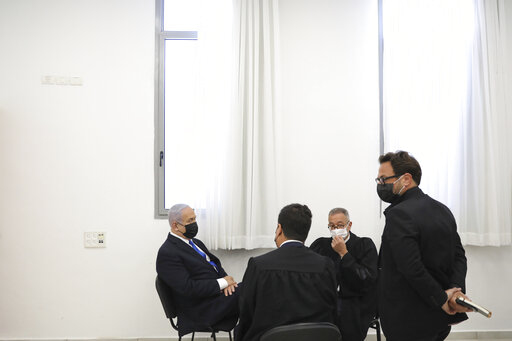 Israeli PM Benjamin Netanyahu on Monday arrived at court in Jerusalem for his corruption trial, which is hearing opening arguments and the first witnesses.

The 71-year-old is accused of bribery, fraud and breach of trust in connection with three separate cases.

His trial has been delayed several times due to COVID-19 restrictions and a general election. In February, he pleaded not guilty to corruption charges.