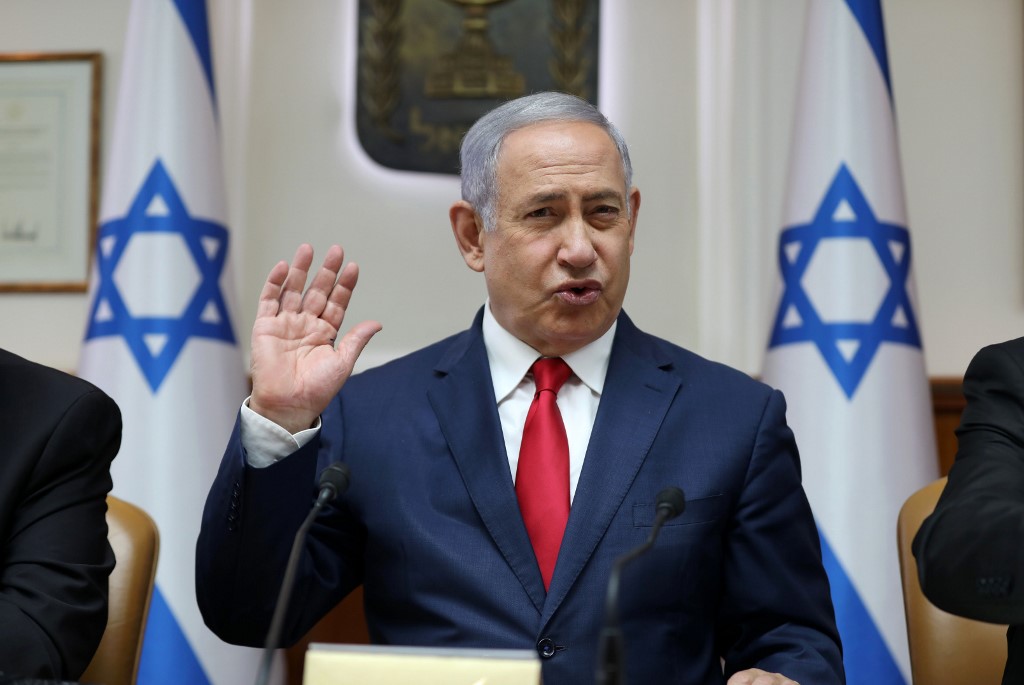 Israeli Prime Minister Benjamin Netanyahu gestures as he chairs the weekly cabinet meeting at his office in Jerusalem on July 7, 2019. (Photo: AFP)

Speaking at the start of the weekly cabinet meeting, the Israeli hardliner leader said Tehran's announcement is "very dangerous."

He accused Iran of enriching uranium to "build nuclear weapons."

"The enrichment... is made for one reason and one reason only: it's for the creation of atomic bombs," Netanyahu said, according to a statement released on his behalf.

He called on the leaders of France, Britain, and Germany, who signed the 2015 nuclear deal between Iran and world powers, to take actions against Iran.

In an unusual acknowledgment of Israel's attacks in Syria, Netanyahu said that his country is "constantly acting Iranian aggression, and does not let it to establish itself in Syria."

The remarks came after a spokesman for the Iranian government announced in a live broadcast on a state TV that Iran will start raising the purity of its enriched uranium beyond limits of the 2015 landmark nuclear deal.

Netanyahu has been a vocal opponent of the nuclear deal signed in 2015 to curb Iran's nuclear program, and welcomed US President Donald Trump's sanctions on the Islamic republic.