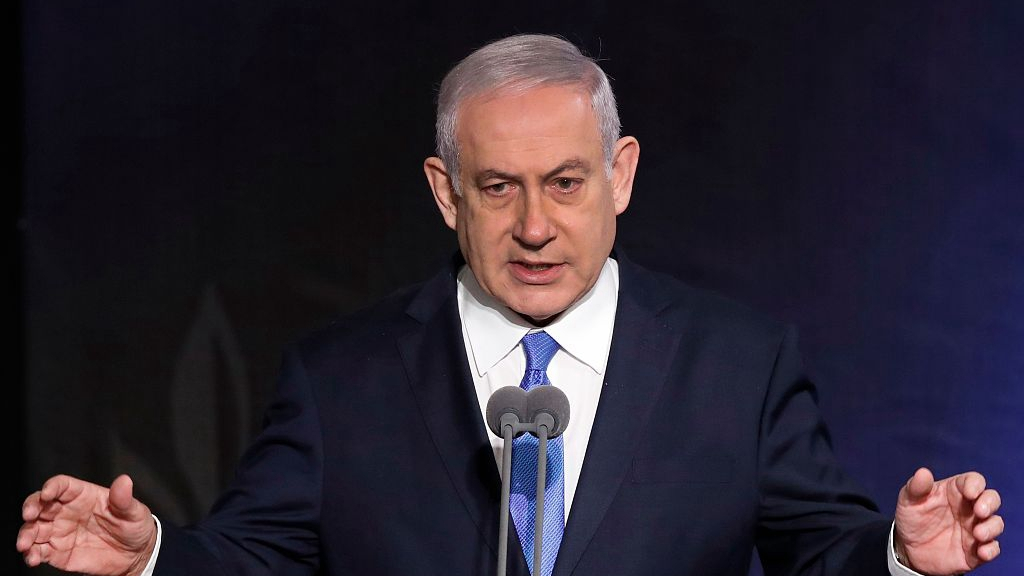 Israeli Prime Minister Benjamin Netanyahu speaks during a handover ceremony for the new Israeli chief of staff, on January 15, 2019, at the Defence Ministry in Tel Aviv. (Photo: VCG)

Israel's Prime Minister Benjamin Netanyahu on Sunday handed over his role as foreign minister to Intelligence Minister Israel Katz, giving up the portfolio he has held since 2015.

Netanyahu's decision to appoint Katz as acting foreign minister came after an advocacy group, the Movement for Quality Government, went to court to press the prime minister to stop serving as foreign minister as well.

Government officials said Katz, who will remain intelligence minister and also serves as transport minister, will hold the foreign affairs portfolio through the upcoming parliamentary election on April 9. Katz is a member of Netanyahu's right-wing Likud party.

In addition to the premiership, Netanyahu still holds the defense portfolio, which he assumed after his former far-right coalition partner Avigdor Lieberman quit that post in November. Netanyahu is also health minister.

The advocacy group that pushed for a new foreign minister had argued that Netanyahu's workload was untenable and further harmed a foreign ministry beset by budget disputes.

Netanyahu's defenders have noted his personal rapport with the U.S. and Russian leaders and regular tours abroad.

“Together with the prime minister we will continue to lead the State of Israel's foreign policy to new achievements,” Katz, 63, said on Twitter.