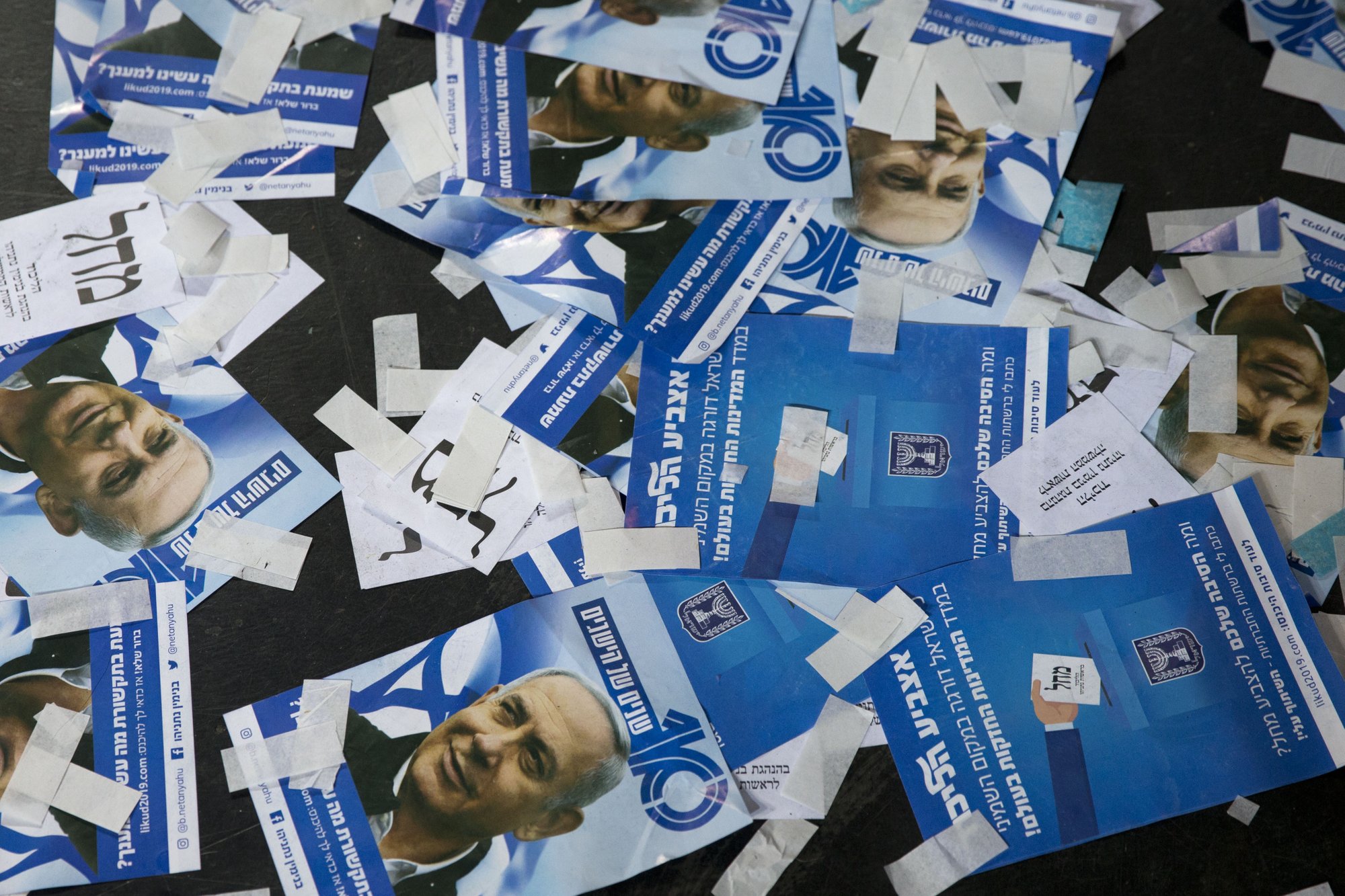 Benjamin Netanyahu appeared to be headed toward a historic fifth term as Israel’s prime minister on Wednesday, with close-to-complete unofficial election results giving his right-wing Likud and other nationalist and religious parties a solid majority in parliament.

The outcome affirmed Israel’s continued tilt to the right and further dimmed hopes of a negotiated solution to the Israeli-Palestinian conflict. Re-election will also give Netanyahu an important boost as he braces for the likelihood of criminal charges in a series of corruption scandals.

With 97.4% of the vote counted, Likud and its traditional political allies were in command of a 65-55 majority in parliament. A couple of small parties were still teetering along the electoral threshold and fighting for their survival, so the final makeup of the next parliament has yet to be decided. Final results were expected Thursday.

Two of his potential allies, hawkish former Defense Minister Avigdor Lieberman and economic-centric Finance Minister Moshe Kahlon, have yet to formally confirm they would sit with Netanyahu and could emerge as wildcards. In any case, the country now faces what could be weeks of political negotiations over the composition of a ruling coalition.

But under nearly every scenario, Netanyahu was the big winner.

The long-time Israeli leader had fought a tight, ugly race against centrist ex-military chief Benny Gantz, whose nascent Blue and White party emerged as a viable alternative to Netanyahu’s decade in power. The near-final results showed it deadlocked with Likud at 35 seats. But most of its support seems to have come at the expense of the venerable Labor and leftist Meretz parties, who both earned historic lows in Tuesday’s election.

The spotlight now falls on Israel’s president, Reuven Rivlin, who will consult with party representatives next week before picking the candidate with the best chance of assembling a parliamentary majority. Together with his current Jewish ultra-Orthodox and nationalist partners, Netanyahu seemed to have a clear path toward building a coalition government that has a majority in the 120-seat parliament.

Rivlin said that for the first time, his discussions with party leaders would be broadcast on live television “in the name of transparency.”

With a victory, Netanyahu would capture a fourth consecutive term and fifth overall, which this summer will make him Israel’s longest-ever serving leader, surpassing founding father David Ben-Gurion.

“It’s a night of tremendous victory,” Netanyahu told supporters early Wednesday. “I was very moved that the nation of Israel once again entrusted me for the fifth time, and with an even greater trust.”

He said he had already begun talking to fellow right wing and religious parties about forming a new coalition.

“I want to make it clear, it will be a right-wing government, but I intend to be the prime minister of all Israeli citizens, right or left, Jews and non-Jews alike,” he said.

Netanyahu’s message of unity was a sharp contrast from his campaign theme in which he accused Gantz of conspiring with Arab parties to topple him. Arab leaders accused Netanyahu of demonizing the country’s Arab community, which is about 20 percent of the population.

His attacks on the Arab sector fueled calls for a boycott and appeared to result in relatively low turnout by Arab voters.

Overnight, with fewer of the votes counted, Blue and White still appeared to be ahead by one seat and Gantz projected optimism that he would be tasked with building a coalition. But by morning, he seemed to have realized his dream of becoming prime minister was lost, even if he didn’t formally concede defeat.

“Though the skies appear gloomy, nothing is final. There could be changes and some political options could open up,” he wrote to his supporters. “Our voters asked for hope and we gave it to them. They wanted a different way and we outlined it.”

Though the Palestinian issue was rarely mentioned in the raucous campaign, Netanyahu had in the final stretch pledged for the first time to annex parts of the occupied West Bank in a desperate bid to rally his right-wing base. Netanyahu has welched on election eve promises before, but should he follow through on this one, it would mark a dramatic development and potentially wipe out the already diminishing hope for Palestinian statehood.

The 69-year-old Netanyahu has been the dominant force in Israeli politics for the past two decades and its face to the world. His campaign has focused heavily on his friendship with President Donald Trump and his success in cultivating new allies, such as China, India and Brazil.

But his corruption scandals created some voter fatigue. Along with two other former military chiefs on his ticket, Gantz was able to challenge Netanyahu on security issues, normally the prime minister’s strong suit, while also taking aim at the prime minister’s alleged ethical lapses.

Israel’s attorney general has recommended charging Netanyahu with bribery, breach of trust and fraud in three cases and a potential fourth case emerged during the campaign. He will only decide on indicting Netanyahu after a legally mandated hearing. Legal experts expect at least some charges to be filed, which could set the stage for a short term in office for Netanyahu and another round of elections soon.

“This is a clear beginning of Netanyahu’s fifth term, but his fifth term might end up being his shortest one”, says Reuven Hazan, a political scientist from Jerusalem’s Hebrew University. “In another year, we might be in a battle for either leadership of the Likud or another election.”