WORLD Netanyahu says Israel might launch another strike in Lebanon

Netanyahu says Israel might launch another strike in Lebanon

Israeli Prime Minister Benjamin Netanyahu said on Sunday that his country is ready to launch another attack at Hezbollah in Lebanon after fire exchanges broke out along the Lebanese border. 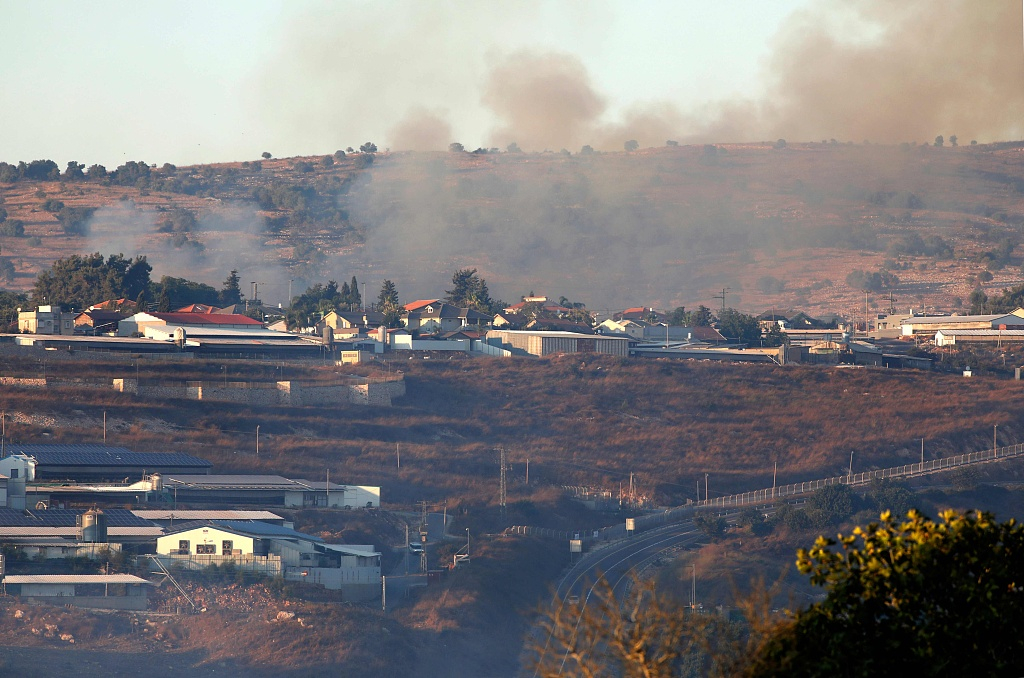 A location near the northern Israeli town of Avivim, close to the border with Lebanon, shows smoke rising following an exchange of fire on September 1, 2019. (Photo: VCG)

Netanyahu said he consulted with the army's command after Hezbollah launched an anti-tank missile attack earlier in the afternoon.

"We are prepared for any scenario and will decide how to continue based on further events," he said, warning Hezbollah not to fire more missiles.

Shortly after 16:00 p.m. local time (13:00 GMT), Hezbollah fired anti-tank missiles at an Israeli military position near the community of Avivim in northern Israel's upper Galilee near the Lebanese border.

Jonathan Conricus, a spokesperson with the Israeli military, told reporters that two or three Hezbollah missiles were fired and hit a battalion headquarters and a military ambulance. Both were damaged.

There were no injuries among the Israeli forces.

Conricus said that in response, the army attacked the Hezbollah squad that fired the missiles with about 100 artillery shells and attack helicopters.

Hariri asked U.S. Secretary of State Mike Pompeo and French President Emmanuel Macron to help put an end to tensions on the country's southern border with Israel, a statement by Hariri's office said.

Tension has ratcheted up recently between Lebanon and Israel after two Israeli drones last Sunday fell over Beirut's suburbs.

On August 25, an Israeli drone fell over the southern suburbs of Beirut, while another one exploded in the air, causing severe damage to a media center belonging to Hezbollah.

Israel and Hezbollah, which fought a bloody war in 2006, were on high alert over the past days in the wake of a series of Israeli airstrikes in Syria and Lebanon.