Netanyahu signals Israel will act with free hand in Syria

Israeli Prime Minister Benjamin Netanyahu arrives to a session of the Knesset, the Israeli parliament, in Jerusalem November 13, 2017. Photo: Reuters

Prime Minister Benjamin Netanyahu said on Monday he has put the United States and Russia on notice that Israel will continue to take military action across the frontier in Syria, even as the two powers try to build up a ceasefire there.

“We are controlling our borders, we are protecting our country and we will continue to do so,” Netanyahu said in public remarks to members of his right-wing Likud party in parliament.

U.S. President Donald Trump and Russian President Vladimir Putin on Saturday affirmed joint efforts to stabilize Syria as its civil war wanes, including with the expansion of a July 7 truce in the southwestern triangle bordering Israel and Jordan.

Israel has been lobbying both leaders to deny Iran, Lebanon’s Hezbollah and other Shi‘ite militias any permanent bases in Syria, and to keep them away from the Golan Heights frontier, as they gain ground while helping Damascus beat back Sunni-led rebels. 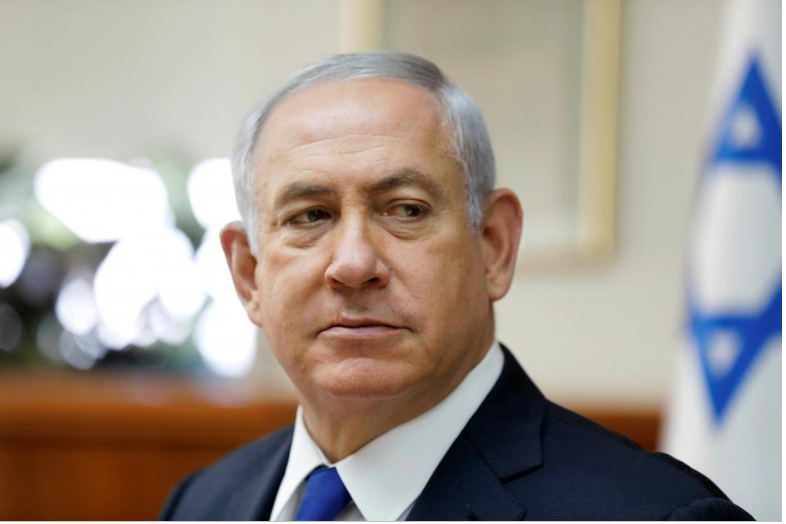 Netanyahu’s remarks echoed those on Sunday by Israel’s regional cooperation minister, Tzachi Hanegbi, who sounded circumspect about the ceasefire deal and said Israel has “set red lines and will stand firm on this”.

Israel’s military has said it has carried out around 100 strikes in Syria. Attacks have targeted suspected Hezbollah or Iranian arms depots or have come in retaliation for shelling from the Syrian-held Golan.

A U.S. State Department official has said Russia had agreed “to work with the Syrian regime to remove Iranian-backed forces a defined distance” from the Golan Heights frontier with Israel, which captured the plateau in the 1967 Middle East war.

The move, according to one Israeli official briefed on the arrangement, is meant to keep rival factions inside Syria away from each other, but it would effectively keep Iranian-linked forces at various distances from the Israel-held Golan as well.