Netanyahu to speak on 'significant development' on Iran nuclear deal

Prime Minister Benjamin Netanyahu will speak Monday on a "significant development" on the Iran nuclear deal, his office said, as the White House considers whether to pull out of the landmark accord that Israel opposes. 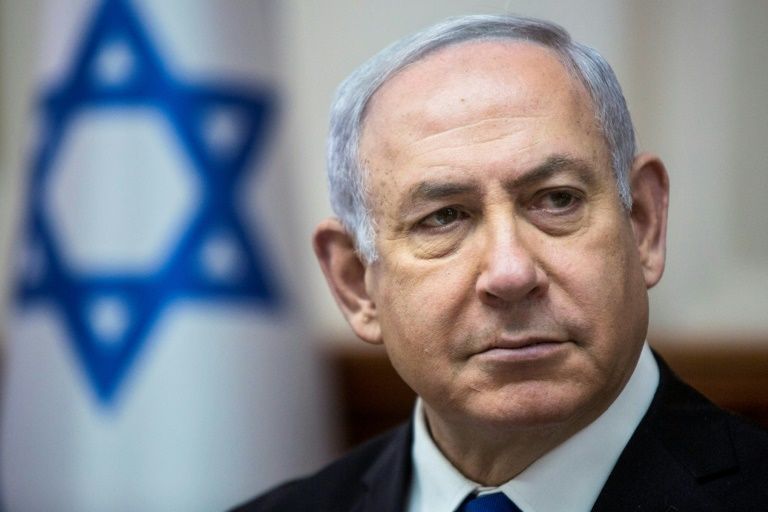 Netanyahu will give the statement at Israel's defence ministry in Tel Aviv at 8:00 pm (1700 GMT). It follows US Secretary of State Mike Pompeo's visit on Sunday and a telephone conversation between Netanyahu and US President Donald Trump on Saturday.

Trump is due to decide on May 12 whether to reimpose sanctions on Tehran, putting in peril the 2015 nuclear accord.

Pompeo has warned that the United States will withdraw from the agreement "if we can't fix it".

The Israeli premier has repeatedly called for the accord between world powers and his country's main enemy to either be altered or scrapped.

He alleges the agreement does not prevent Iran from eventually obtaining nuclear weapons and says the lifting of sanctions has increased Tehran's ability to finance proxy militants in the Middle East.

Most world powers however say the nuclear deal is working as intended for now and is the best way to keep Iran from acquiring the bomb.

Israel is also deeply concerned over Iran's presence in Syria, where it is backing President Bashar al-Assad's regime.

Netanyahu has pledged to stop Iran from entrenching itself militarily in the neighbouring country.

On Monday, a monitor said missile strikes on central Syria killed 26 pro-regime fighters, most of them Iranians, in a raid it said bore the hallmarks of an Israeli operation.

Israeli Intelligence Minister Yisrael Katz told army radio that he was "not aware" of the strikes.

The latest such attacks came amid heightened tensions after Damascus and Tehran accused Israel on April 9 of conducting deadly strikes against a military base in central Syria.

Pompeo joined Netanyahu in lashing out at Iran when the two met in Tel Aviv on Sunday.