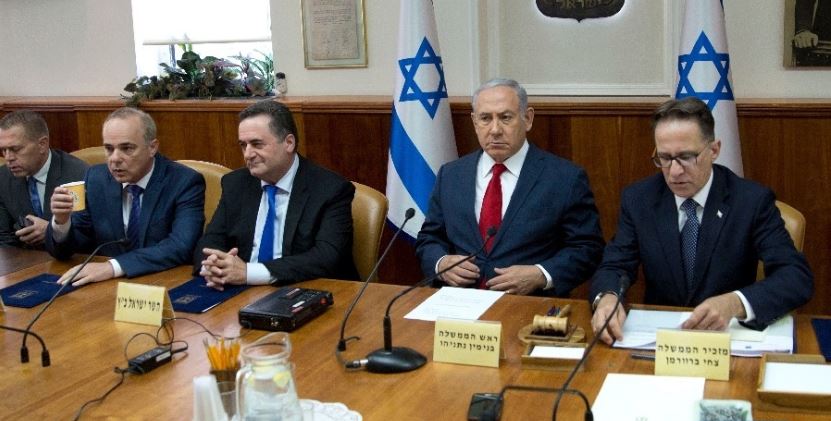 "We will continue to act to prevent Iranian military buildup in Syria and to continue with the security coordination between the IDF and the Russian army," Netanyahu told reporters before departing for New York to attend the UN General Assembly.

The Israeli leader said that Israel "has been very successful" in the last three years in preventing Iran's military buildup in Syria as well as its attempts to deliver lethal weapons to Hezbollah in Lebanon.

Earlier Tuesday, Israel's security cabinet instructed the IDF to continue to act against Iran's attempts to establish a military foothold in Syria while keeping the security coordination with Russia.

The cabinet held a meeting Tuesday to discuss the downing of a Russian surveillance plane on Monday by Syrian friendly fire during an Israeli airstrike in Latakia province, northern Syria.

Russia squarely blamed Israel for the incident, in which 15 Russian crew were killed, citing that the Israeli air force provided misleading information about the location of its airstrikes on the sites in Syria, preventing the Russian aircraft from flying to a safe zone. Israel rejected the charges.

The Israeli Prime Minister's Office said in a statement that the security cabinet reiterated Israel's stance on the accident, blaming Syrian military's "irresponsible action" for causing the incident.

The ministers of the security cabinet shared the sorrow of the families in Russia and of the Russian people over the loss of the Russian aircrew members, the statement added.

The meeting came a day after the Russian Defense Ministry said it would supply the Syrian military with its advanced S-300 air defense system, drawing criticism from Israel and the US.

The state-of-the-art air defense system, which will reportedly be deployed in Syria in the next few weeks, could hinder Israel's future airstrikes against Iranian targets in Syria.

Netanyahu spoke by phone with Russian President Vladimir Putin on Monday night, during which they agreed to continue their security coordination in Syria. Netanyahu has spoken with Putin twice since the downing of the Russian plane, in an attempt to ease the rising tensions.