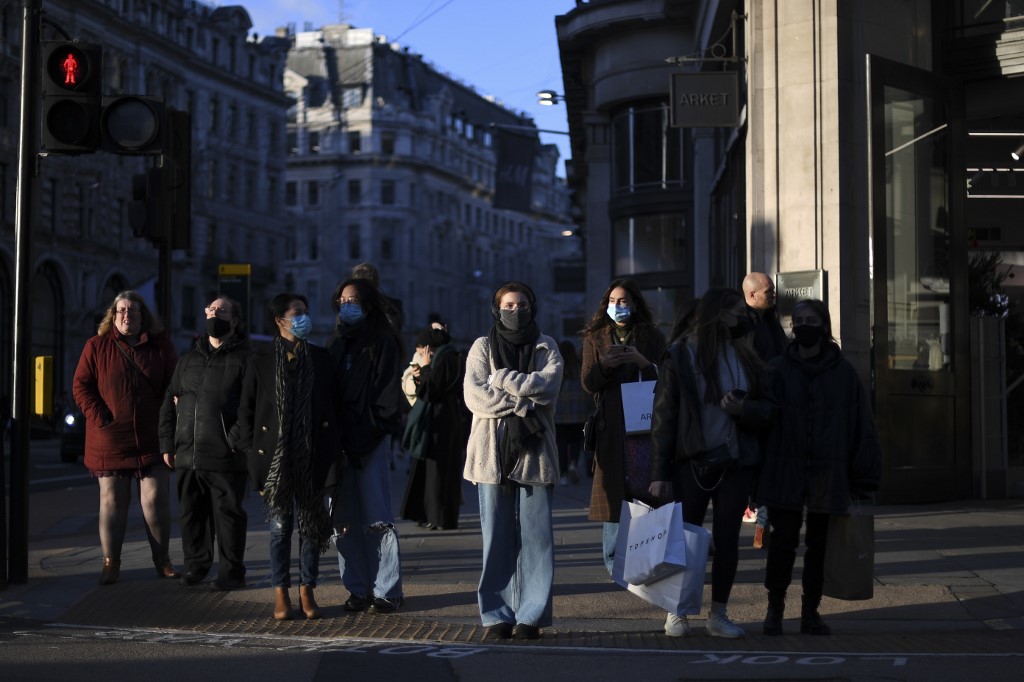 People wearing masks because of the coronavirus pandemic wait to cross the road on Regent Street in the main high-street shopping area of London on December 15, 2020. (Photo: AFP)

THE HAGUE, Dec. 20 (Xinhua) -- The Dutch government on Sunday announced a ban on flights carrying passengers from the United Kingdom (UK), following reports of a new strain of COVID-19 being detected in Britain.

Pending further details and greater clarity on the situation in Britain, the Dutch National Institute for Public Health and the Environment (RIVM) advised the government that the risk of the new virus strain being introduced to the Netherlands should be minimized as much as possible by restricting travel from Britain. The ban will remain in place until Jan. 1, 2021 at the latest.

"This strain of the virus is thought to spread more easily and more quickly and is also harder to detect," the Dutch government said in a press release. "Sampling of a case in the Netherlands in early December revealed the same virus strain as that observed in the UK. Following the latest reports from the UK, this case is being investigated further."

To combat the alarming surge in infections linked to the new strain, British Prime Minister Boris Johnson on Saturday announced new stricter coronavirus restrictions for London, the South East of England and the East of England.

The measures include the closure of non-essential shops, gyms and entertainment venues, travel restrictions and the urgent advice not to receive any visitors at home.

According to Sky News, British Health Secretary Matt Hancock said on Sunday that "We know with this new variant you can catch it more easily from a small amount of the virus being present."

"It is going to be very difficult to keep it under control until we have the vaccine rolled out," Hancock warned.

According to the website of the World Health Organization, as of Dec. 16, there were 222 COVID-19 candidate vaccines being developed worldwide, and 56 of them were in clinical trials.