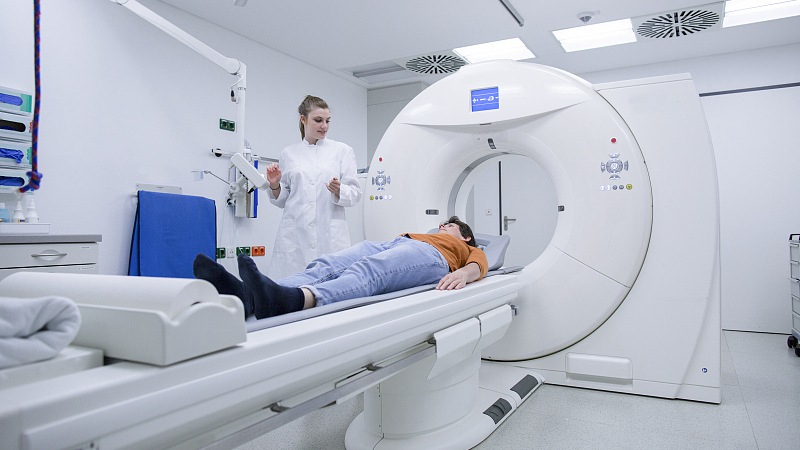 A new artificial intelligence (AI) system has been created to help detect small lung cancer tumors often missed by conventional scanning procedures, says a study to be announced at an international medical conference in Spain next month.

The new AI system, developed by a group of engineers and doctors at the University of Central Florida (UCF), is about 95 percent accurate in spotting small tumors in computerized tomography (CT) scans, whereas human radiologists have a success rate of 65 percent.

The scientists at the UCF Computer Vision Research Center taught a computer how to detect tiny specks of lung cancer in CT scans by adopting an approach similar to the algorithms of popular facial-recognition found on the iPhone X.

"We used the brain as a model to create our system," which scans thousands of faces looking for a particular pattern to find its match, said Rodney LaLonde, a doctoral candidate at the UCF center.

LaLonde was assisted by Ulas Bagci, an assistant professor in Engineering, who leads the group of researchers in the center that focuses on AI with potential medical applications.

The research team fed more than 1,000 CT scans from the National Institutes of Health into the software they developed to help the computer learn to look for the tumors.

Each CT scan taught the AI what to look for in tumor size and shape, among other trademarks, and the system learned how to differentiate between cancerous and benign tumors.

"I believe this will have a very big impact," said Bagci, who has worked extensively in biomedical imaging and machine learning.

"Lung cancer is the number one cancer killer in the United States and if detected in late stages, the survival rate is only 17 percent," he said, adding that doctors can help increase survival rates by finding ways to identify cancerous tumors earlier.

Media reports said earlier that lung cancer is the biggest cancer-related killer in the United States, which kills nearly 800,000 people each year.

The UCF team will present their study at the 21st International Conference on Medical Image Computing and Computer Assisted Intervention, which takes place in Spain in September 2018.