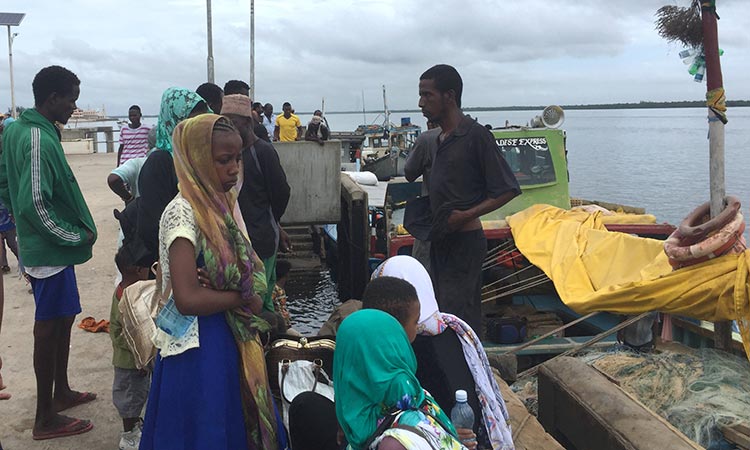 A Kenyan national police statement said the attackers targeted a telecommunications mast in eastern Garissa county near the border with Somalia, where the al-Qaida-linked extremist group is based.

Police officers on patrol killed two of the attackers in the early morning assault, the statement said.

A teacher was among the dead, it added. Deputy county commissioner Kibet Bowen said all four civilians were killed by stray bullets in the fighting.

Kenyan police said bomb-making materials were seized after the attack near the village of Saretho.

Al-Shabab since December has increased attacks inside Kenya including Sunday’s attack on a military base that killed three US military personnel and destroyed five US aircraft.

It was the first time al-Shabab had attacked US troops inside Kenya. The US on Monday said additional troops had arrived to increase security at the Manda Bay airfield in coastal Lamu county.

The US Africa Command also said it did not assess that the attack was linked to Iran, as Middle East tensions are soaring. Al-Shabab is linked to al-Qaida and has no known links to Iran or its proxies.

Al-Shabab has vowed retribution on Kenya for deploying its troops in 2011 to fight the extremists in neighboring Somalia, where the group is based. Garissa county borders Somalia and Lamu county is nearby.

The extremists often target police as well as civilian targets including buses and schools, mainly in the border region.