New bill requires corporates in California to include women on boards 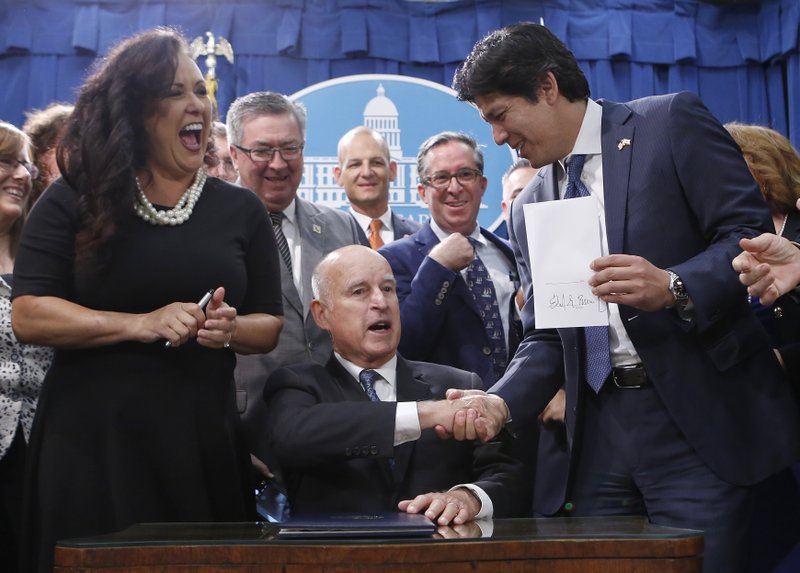 LOS ANGELES, Oct. 1 (Xinhua) - Governor of California Jerry Brown signed a bill on Sunday making California the first state in the United States to require corporate boards of directors to include women.

"Given all the special privileges that corporations have enjoyed for so long, it's high time corporate boards include the people who constitute more than half the 'persons' in America," Brown wrote in a signing message.

According to the new law, publicly traded corporations "whose principal executive offices" are in California must include at least one woman on their boards of directors by the end of 2019.

By the end of 2021, a company must have at least two or three women on the board depending on its size.

Companies that failed to comply could be fined 100,000 US dollars for the first violation and 300,000 dollars for a second.

"Yet another glass ceiling is shattered, and women will finally have a seat at the table in corporate board rooms," said Hannah-Beth Jackson, a state senator who helped write the legislation.

However, the bill is opposed by many business groups, including the California Chamber of Commerce, which said the legislation will "displace an existing member of the board of directors solely on the basis of gender."

"I'm not at all convinced it would pass legal muster," she said. "It's a clear gender preference in that you are saying you need to single out women and get them on boards. The question is can you make that preference and will it hurt men."