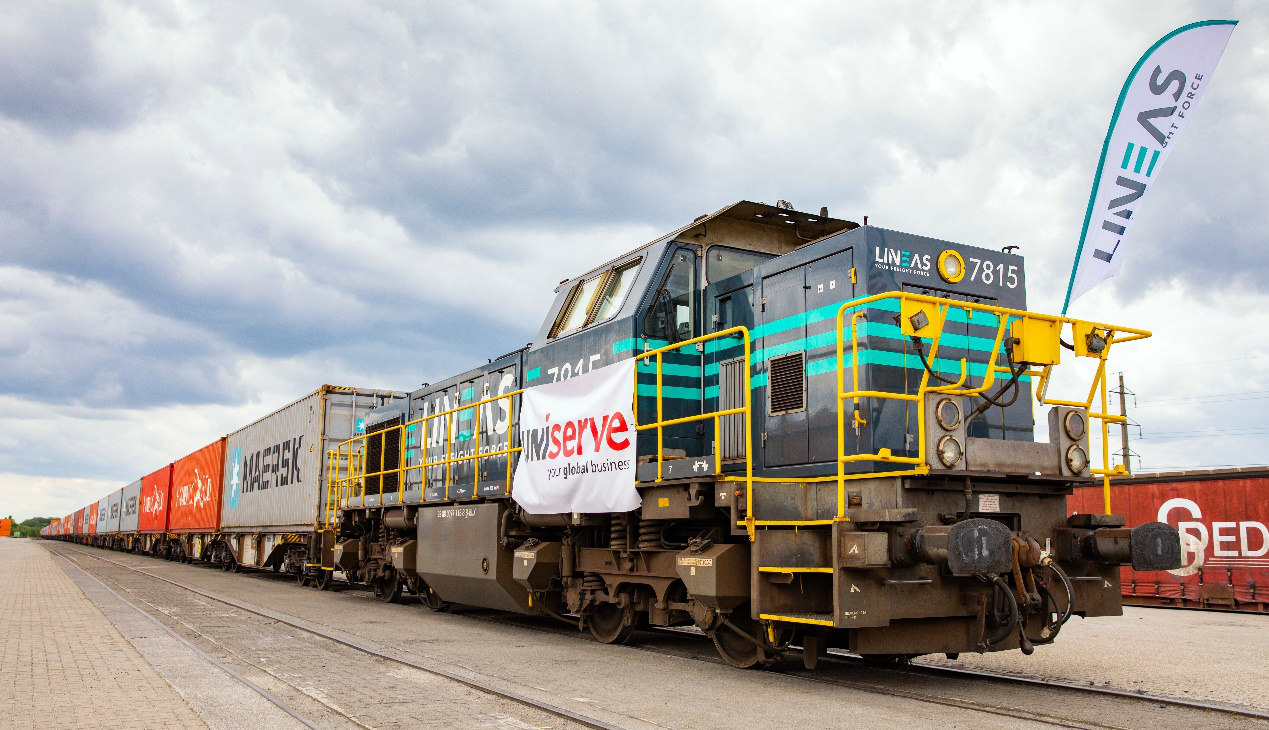 The first container train from Chengdu arrived at the city of Liège in Belgium recently with a transit time of only 14 days., creating a new railway link between Europe and China. (Photo: Ren Yan/People’s Daily)

Brussels (People’s Daily) - A container train from the city of Chengdu in China arrived at the city of Liège in Belgium recently with a transit time of only 14 days, marking the first journey on a new railway link between Europe and China.

Carrying 41 xx-meter-high cube containers mainly loaded with personal protective equipment for the health workers in the UK to support them in their continuous fight against COVID-19, the train ran along the New Silk Road from China through Kazakhstan, Russia and Belarus entering the EU at the border crossing Brest–Terespol. After interchange to standard gauge and passing customs procedures the train made its way through Poland and Germany to Belgium.

In October 2018, the first direct train service between Liège and Zhengzhou in Central China became operative. One year later, in October 2019, a new link between Yiwu in China and Liège was created. The new route cut the delivery time from Yiwu to Europe by one or two days.

The train is meant to reach Liege in around 15-20 days and to run two times a week. After arrival, the parcels are dispatched thorough Europe mainly via eHub, Alibaba’s logistics arm Cainiao Network, and other regional distribution channels. 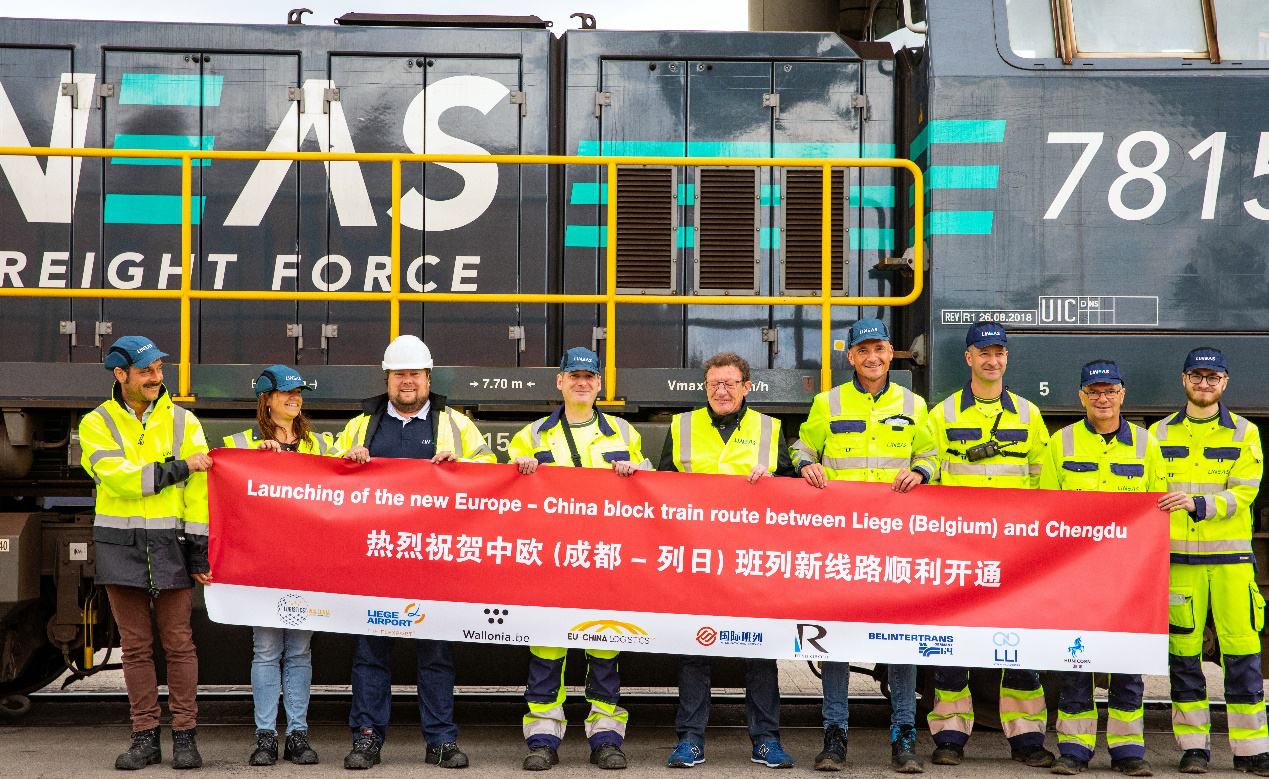 “The new rail link improves our access to the Chinese market and is complementing the air-freight links that prove to be a motor for the local economy. The One Belt One Road initiative of the PRC aims at stimulating international trade between Europe and China, supporting the economic development both in Europe and China, and we are pleased to contribute to this development,” said Nicolas Limbioul, director of Liege Logistics Intermodal.

For Luc Partoune, CEO Liege Airport, this new rail line strengthens Liège as a logistics platform.  “After the rail-freight connection between Liège and Zhengzhou, this line with Chengdu will increase the flexibility of our offer for importers and European shippers. Trade between Liège and China is increasing very quickly. Although Liege Airport is rooted in air freight, we believe that rail development on our site represents great added value. "

Located less than 20 kilometers from the Netherlands and a little more than 40 kilometers from Germany, Liège boasts an exceptional geographical position in the heart of Europe. Liège Airport is located at the middle of the European air freight triangle (Paris, Amsterdam and Frankfurt). Its booming river port is the third biggest in Europe after Duisburg and Paris. Furthermore, high-speed rail links with Brussels, London, Paris and Cologne as well as direct connections to 6 motorways provide it with the assets necessary for an exceptional strategic position.