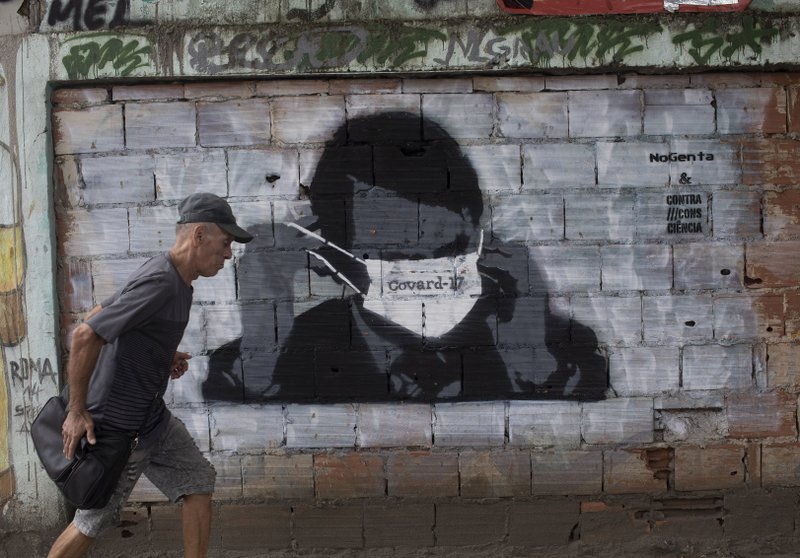 Brazil’s new health minister was sworn into office on Friday, after pledging to work not only to save lives from the new coronavirus, but also to spare the economy.

Nelson Teich, an oncologist, replaced the prior minister who had garnered support for his handling of the pandemic that included promotion of broad isolation measures enacted by state governors. Those measures had drawn the ire of President Jair Bolsonaro, who has said shutting down the economy would cause more damage than confining only high-risk Brazilians. He has also repeatedly described the virus as a “little flu,” and touted the yet-unproven efficacy of an anti-malarial drug.

“Life is priceless, but the economy and employment need to return to normality,” Bolsonaro said at a press conference on Thursday, adding that doesn’t mean doing so as fast as possible.

Teich’s career makes clear his trajectory has been focused on the business side of medicine. He was founder and president of a group of oncology clinics, and more recently has worked as senior health care consultant at a medical services company that bears his name, according to his LinkedIn page. He also has a Master’s degree in health economics, Master in Business Administration and has done a management course for company owners and presidents at Harvard University’s business school.

Local media had reported for weeks that Bolsonaro favored two other people for the health minister post, both of whom were critics of broad isolation measures and cheerleaders of the use of chloroquine to treat COVID-19 patients. One was lawmaker Osmar Terra who, according to fact-checking organization Aos Fatos, is the Brazilian congressman who spreads the most fake news about COVID-19 on social media.

Teich became the nominee after a series of conversations that the president held with his military ministers this week. After Teich was named, Terra said on Twitter that he supports the new minister and insisted he should “end the useless quarantine” with serenity and give more protection to vulnerable people.

While rising quickly, the number of confirmed coronavirus cases in Brazil remains relatively low in relation to the country’s massive population of 211 million. It has the most cases in Latin America — more than 30,000 — and there have been almost 2,000 deaths. The outbreak’s peak is expected in May.

Following the health minister’s firing on Thursday, people in apartment buildings in Sao Paulo and Rio de Janeiro could be heard yelling insults at Bolsonaro from their windows. Many Brazilians had approved of the health ministry’s measures to curb the spread of the virus, and were critical of Bolsonaro’s approach.

In a text Teich wrote and shared on LinkedIn on March 24, he lamented the polarization surrounding the virus response, which he said forces leaders to guess what will transpire and adopt radical positions, thus hampering capacity to face up to the situation. Instead, success depends on collecting real-time data so as to adjust projections and review decisions, he wrote.

“It is worth saying that radical models and predictions generate more problems than solutions,” Teich wrote, adding that an approach should be evaluated that starts with the economy and that aims to avoid death and suffering. “Creating polarization, imagining that on one side are the people and on the other is the money, could be a grave error in evaluating the problem.”

In another text published on LinkedIn on April 2, Teich said he supported broad isolation measures, which Bolsonaro has lambasted. Whether that view will remain while he’s in office remains to be seen.

Speaking alongside Bolsonaro on Thursday, Teich said he didn’t want to announce any changes abruptly, as little is known about the virus. He added that he and the president are “completely aligned.”

“Health and the economy are complementary,” Teich said.