British Prime Minister Theresa May on Tuesday outlined a series of incentives for MPs to support her Brexit deal, saying there was "one last chance" to end the deadlock. 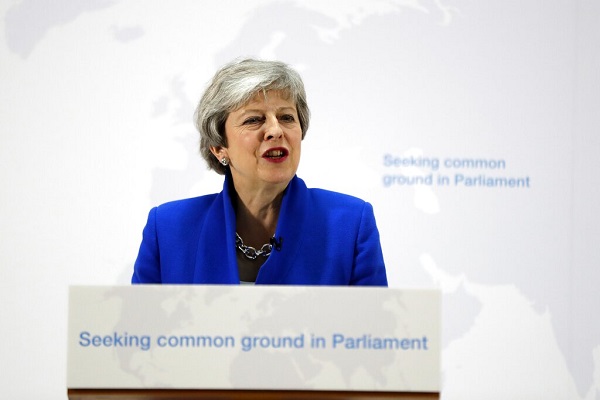 May called the draft legislation going before MPs next month a "new Brexit deal" to end the current political impasse which has delayed Brexit.

British MPs will be able to vote on whether or not to hold a second Brexit referendum -- but only if they approve draft legislation to implement the  divorce agreement with the EU, May said.

May said the government would also allow parliament to decide whether to remain temporarily in a customs union with the European Union.