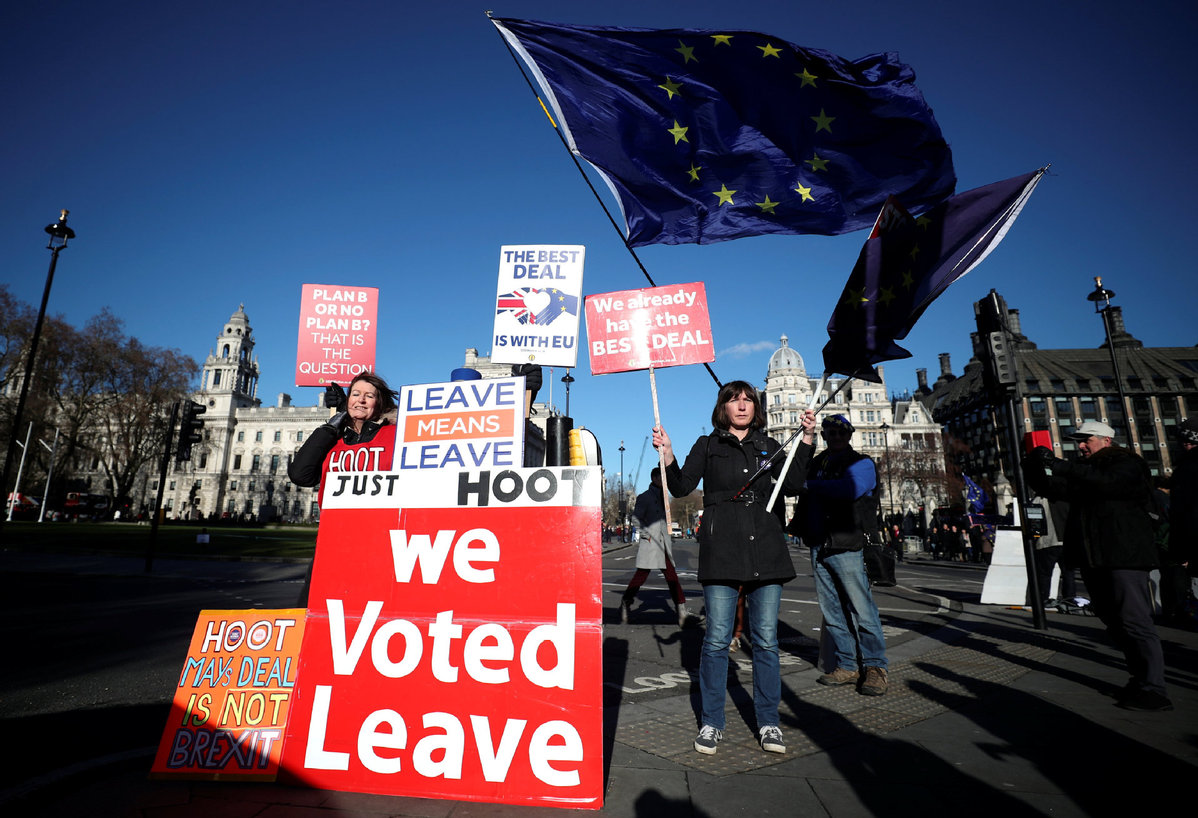 Anti-Brexit and pro-Brexit protesters stand together during a demonstration outside the Houses of Parliament in London, Britain Jan 28, 2019. (Photo: Agencies)

The new figure was released just less than two weeks after the Brexit Party was formally registered.

Farage told British media that he was astounded by the race to join the new party.

More than 35,000 people applied for membership in the first 24 hours after the new party was recognized by the country's Electoral Commission. More than 10,000 people a day have been flocking to join since, media said.

Farage said he is ready to lead the party if British Prime Minister Theresa May decides to delay Brexit beyond the departure day, March 29.

It is reported that Britain's Electoral Commission said on Feb 8 that it has officially recognized the party, which was registered on Feb 5.

The Brexit Party is currently led by Catherine Blaiklock, a former member of the UKIP. Farage reportedly left the UKIP in December last year.