New British PM waits for EU to move on Brexit

New British Prime Minister Boris Johnson is waiting for EU leaders to agree to renegotiate their Brexit deal before he meets them, his spokeswoman said Monday, as the government stepped up "no deal" planning. 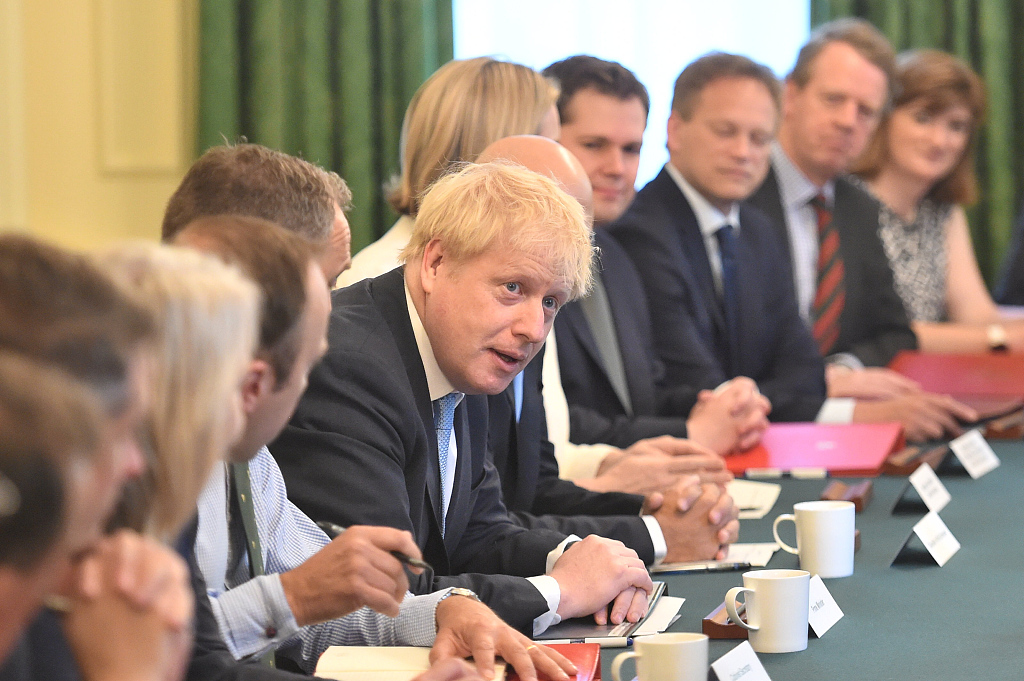 "He obviously wants to meet EU leaders and negotiate but not to be sat down and told that the EU cannot possibly reopen the withdrawal agreement," the spokeswoman said.

Johnson, who took office last week, wants to change the exit terms struck by his predecessor Theresa May but insists he will leave the European Union without any agreement at all if necessary on October 31.

Brussels says it will not reopen the text.

In phone calls last week, German Chancellor Angela Merkel and French President Emmanuel Macron both invited Johnson to visit, but he has yet to announce any foreign travel ahead of the G7 summit in August.

"The withdrawal agreement has been rejected by parliament a number of times now and clearly it's not going to pass in its current form," the spokeswoman said.

"It needs to change if there's going to be a deal."

May was forced to resign after failing three times to get the Brexit deal through the House of Commons, in the process delaying Britain's EU exit twice.

Opposition among MPs is focused on the "backstop" arrangement intended to keep open the border between British Northern Ireland and EU member Ireland.

Brussels says this is vital for peace in Northern Ireland, which was once plagued by violence.

But critics say it risks keeping Britain tied to EU rules long after Brexit and erecting trade barriers between Northern Ireland and the rest of the UK.

"The backstop has to be abolished," Johnson's spokeswoman said.

"He remains confident that the EU will stop claiming that the withdrawal agreement cannot be changed, but until that happens we must assume there will be a 'no deal' Brexit on October 31.

"The government's central focus is preparing for that."

A multi-million pound (dollar) advertising blitz is planned to alert businesses and ordinary people on what to do to prepare for "no deal".

Johnson, who played a leading role in the Brexit campaign in the 2016 EU referendum, has also set up three new cabinet sub-committees to focus on the task.

A colleague from 2016, former environment minister Michael Gove, will chair a daily committee meeting on "no deal" planning.

Johnson will chair a committee on Brexit strategy twice a week, as well as another on economy and trade, which will meet regularly.