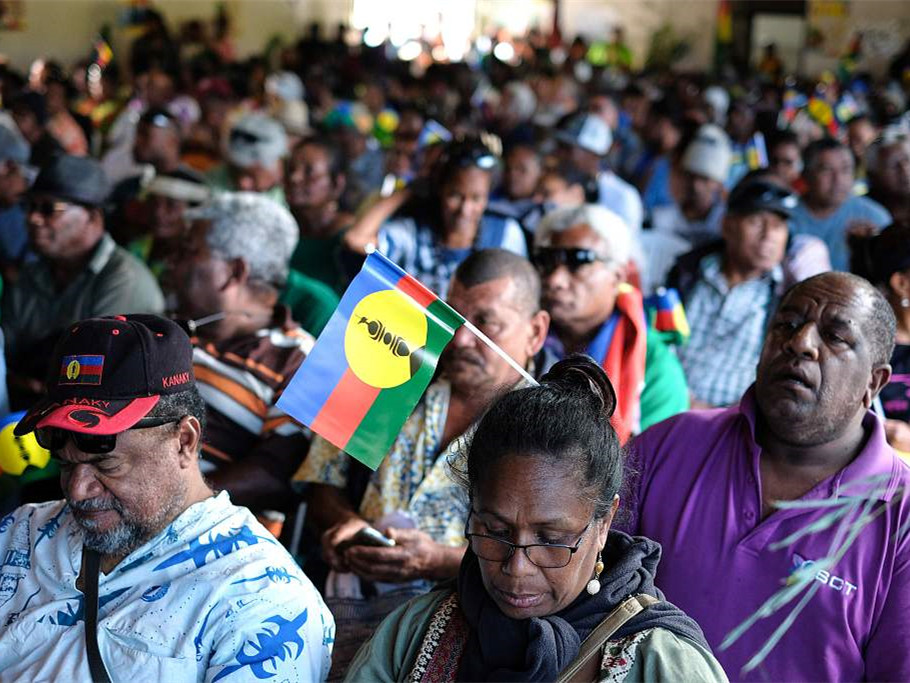 Supporters attend the closing meeting of the Kanak and Socialist National Liberation Front (FLNKS) campaign for a 'yes' to New Caledonia's independence from France in Noumea, on the French overseas territory of New Caledonia, on October 30, 2018. (File photo: VCG)

Partial results from an independence referendum in the French Pacific territory of New Caledonia showed that a large majority of voters had opted to remain part of France, local media reported on Sunday.