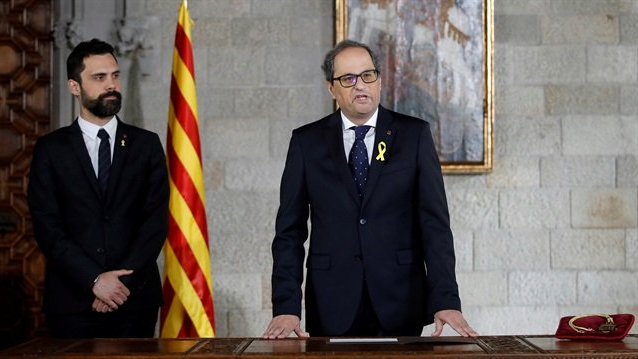 Catalonia's new separatist government was sworn in Saturday in an emotional ceremony full of pro-independence symbolism, a move that marks the end of Madrid's direct rule over the region imposed after a failed secession bid.

The 13 councilors picked by new Catalan president Quim Torra, a close ally of ousted leader Carles Puigdemont, took the oath of office in the regional presidency in Barcelona – with some of them wearing yellow, the color that has come to symbolize the separatist cause.