AUCKLAND, New Zealand, Nov. 28 (Xinhua) -- Representatives from Chinese companies and New Zealand agreed at a meeting that lots of opportunities for cooperation have emerged after the upgraded China-New Zealand FTA negotiations, including primary industries, e-commerce and other fields. 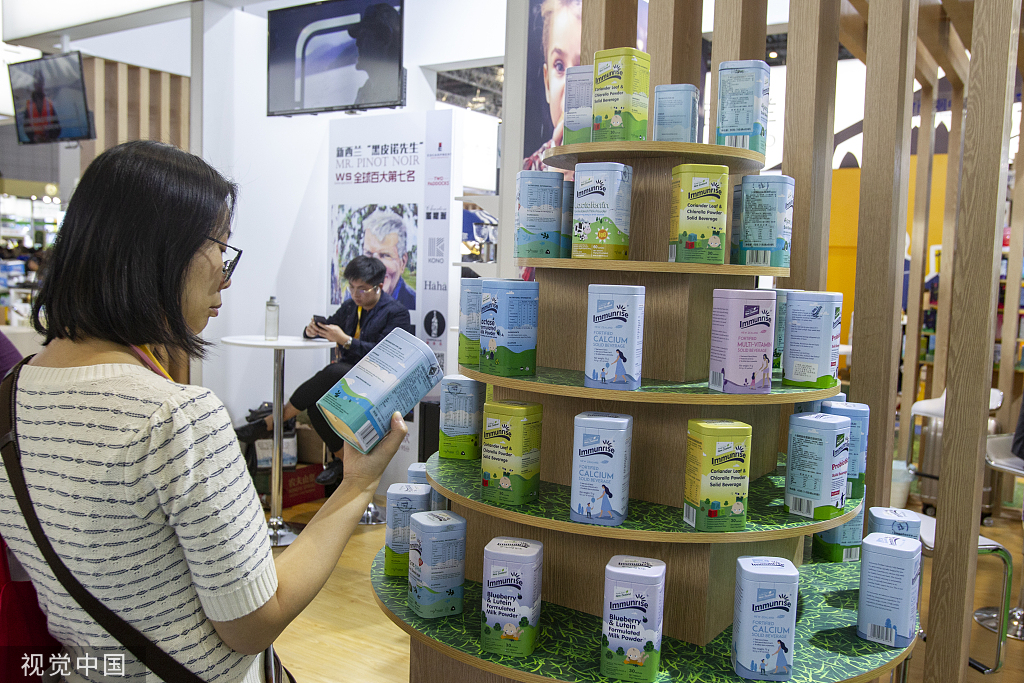 The meeting, China-New Zealand Business Council Forum, was held in Auckland on Thursday with an aim to strengthen economic ties and relationship between the two countries.

Organized by China Chamber of International Commerce (CCIOC), the conference was co-hosted by the China Council for the Promotion of International Trade (CCPIT) and the New Zealand China Trade Association (NZCTA).

In the keynote speech at the meeting, Gao Yan, head of the China Council for the Promotion of Trade (CCPIT), said the current China-New Zealand economic and trade cooperation is "going quite well."

Gao said the successful negotiation earlier this month has sent a strong signal to the world that the two countries upgrade free trade with detailed practical actions.

He said it would deepen the economic and trade relations between the two countries and enrich the content of their strategic partnership, noting that CCPIT is "willing to work with New Zealand to promote the joint construction of the Belt and Road Initiative actively."

Dylan Lawrence, general manager of Investment at New Zealand Trade and Enterprise emphasized the efforts that China and New Zealand had done in the precious years, saying the Memorandum of Understanding will help strengthen the cooperation under the Belt and Road Initiative.

"The update of the FTA between New Zealand and China will provide a new opportunity for the development of China-New Zealand relations," Lawrence said.

"China and New Zealand enjoy highly complementary economies," said Ruan. "The cooperation in the fields of primary industry, education and tourism has proven fruitful, and the cooperation in digital economy, environmental protection and technological innovation has been expanding in-depth."

Ruan pointed out the key benefits of the upgraded FTA towards a more preferential and transparent market access for goods and services, trade facilitation, e-commerce, trade and environment protection and investment.

"It reflects mutual benefit and win-win principle and will inject new and stronger impetus to push bilateral economic and trade relations into the fast lane."

He encouraged all the enterprises to seize the historical opportunities and further expand practical cooperation in various fields, which would contribute to the bilateral relations.

"We look forward to hosting and supporting further business delegations from China, including from CCPIT as part of engaging more with China-based companies and organizations," said Jonathan Watt, acting chair of the New Zealand China Trade Association.

Over 150 representatives from Chinese companies and New Zealand attended the forum.