WORLD New COVID-19 cases outside China exceed those in China: WHO

New COVID-19 cases outside China exceed those in China: WHO

The number of COVID-19 cases outside China has surpassed those inside the country for the first time, the World Health Organization (WHO) announced. 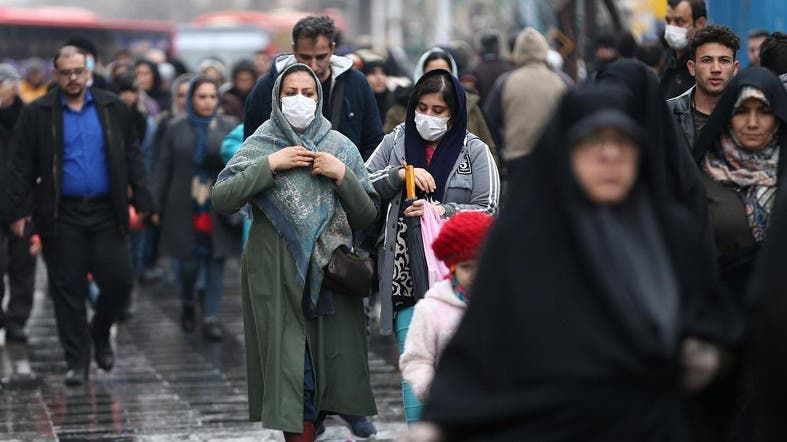 South Korea reported the largest jump in new cases yet on Thursday, bringing the total number of confirmed COVID-19 cases to 1,766. South Korea and U.S. militaries announced that they were postponing their annual joint drills on Thursday, due to concern about the viral outbreak that has already infected one U.S. soldier stationed at Camp Carroll near Daegu, the epicenter of South Korea's outbreak.

In a span of 24 hours, new COVID-19 cases were announced in Denmark, Romania, Norway, Georgia, North Macedonia and Greece. And outside Europe, Algeria, Brazil and Pakistan also reported their first coronavirus infections on Wednesday.

The Brazilian case marked the arrival of the virus in Latin America, which brings the number of infected people to more than 80,000 globally in about 40 countries.

The number of coronavirus cases in Italy has jumped to 470 and 12 deaths have been reported at the time of writing. The worst-affected areas are in the industrial north of the country, Lombardy, the region around Milan, and Veneto near Venice.

Government officials have sought to ease public anxiety, and assured steps were being taken to prevent the spread of the disease.

The rise in Italy, the main focus of infection in Europe, represents a 25 percent surge in 24 hours.

Several other European countries have reported their first coronavirus cases in the past 24 hours – many of these are linked to people who have been to Italy.

Denmark confirmed its first coronavirus infection in a man who recently returned from a ski holiday in the Lombardy region in northern Italy, the Danish Health Authority said on Thursday.

On Wednesday, a second person suffering from coronavirus died in France, and another man, who had a travel history to the region, also tested positive for the virus, reported local health authorities.

In Romania, Health Minister Victor Costache said his country's first case was detected in a man from the southern county of Gorj. He had been "in direct contact with an Italian citizen who traveled to Romania earlier this month," Costache told reporters. "He is in a good condition and will be transferred to a Bucharest infectious hospital."

Germany's health minister warned the public that the country is "at the beginning of an epidemic" since the country has been bracing for an increase in confirmed cases since the number of infected people spiked Friday in nearby Italy.

The local government launched the testing process in western Germany after a 47-year-old man with the virus was hospitalized in serious condition in Düsseldorf.  Col. Rainer Volb, acting head of the German military hospital in Koblenz, who had contact with the hospitalized man also tested positive afterwards. It is the first case in the southwestern German state, which brings the confirmed cases in Germany to 21, the second highest in Europe.

Iran, the main hotspot in the Middle East, has reported 141 cases and 22 deaths, which is the highest number of deaths outside China.

The fatality rate of COVID-19 varies according to age, sex, and region, with a range from 0.7 percent to four percent, according to WHO. But with Iran's apparent death rate of over 15 percent, some epidemiologists say the number of infected patients could be far higher.

Iranian officials have asked people not to go to Qom, the center of the outbreak, but did not shut down the shrine in the city that attracts millions of Shia pilgrims each year.

Iranian President Hassan Rouhani said that Iran had no plans to quarantine any "cities and districts" in response to the country's coronavirus outbreak.

Kuwait now has 43 confirmed cases of coronavirus, according to a health ministry official. The official added that all the cases involved people who had been to Iran.

Qatar's ruler Emir Sheikh Tamim bin Hamad al-Thani on Wednesday ordered the evacuation of Qatari and Kuwaiti citizens from Iran due to the spreading of the coronavirus COVID-19, according to the state news agency.

Meanwhile, Kazakhstan has said it will suspend flights to and from Iran from March 1.

Bahrain's ministry of health confirmed on Thursday seven new cases of the coronavirus, increasing the total number of infected individuals to 33, according to the state news agency (BNA).

The ministry said that one of the newly confirmed cases is a Bahrain citizen who had returned from Iran before the country started confirming cases of coronavirus.

On Thursday, Iraq reported its confirmed cases of COVID-19 to six, including Baghdad's first. Iraq has banned all public gatherings and banned travelers from Kuwait and Bahrain from entry, the health minister said, taking the total number of countries on the entry ban list to nine.

Pakistan's Health Minister Zafar Mirza confirmed the first two cases of coronavirus in the country. Mirza said both patients, one in the southern province of Sindh and the other in the capital Islamabad, had traveled to Iran in the past two weeks.

From where the "patient No.1" in Iran contracted the virus is still a mystery, which poses big challenges to virus containment in the region.

On the other side of the world map, the U.S. Centers for Disease Control and Prevention (CDC) reported the first possible "community spread" in California on Wednesday, which means the CDC doesn't know exactly how the patient contracted the virus.

The local newspaper reported that a Japanese woman who had recovered from COVID-19 and had been released from hospital has now tested positive again, quoting government officials. This is the first case in Japan where a patient has tested positive after being discharged.

The woman is a tour guide in her 40s, from the city of Osaka. She first tested positive in late January but was discharged from hospital after recovering on February 1. She later developed a sore throat and chest pains and then tested positive again.

There are also a few similar cases reported in China before.