Inspectors have issued a violation to management of a sinking condominium building after a large crack formed in a 36th-floor window of the building dubbed the Leaning Tower of San Francisco. 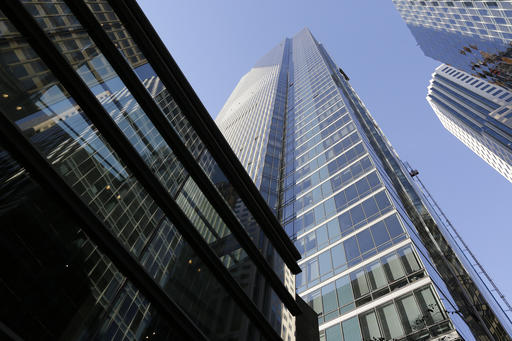 File photo: This Sept. 26, 2016 file photo shows the Millennium Tower in San Francisco. A 58-story luxury condominium that has gained notoriety as the leaning tower of San Francisco is facing two violation notices accusing owners of making unauthorized repairs. The repairs to two ramps and the underground garage were intended to address the problems caused by the building’s sinking, but the city’s building inspection department found they were done without permits. (Photo: AP/Eric Risberg)

KNTV of San Jose reported Tuesday that Millennium Tower residents heard creaking sounds, then heard a popping noise around 2:30 a.m. Saturday. A homeowner found the crack in a window of his unit at the corner of the 58-story high-rise. 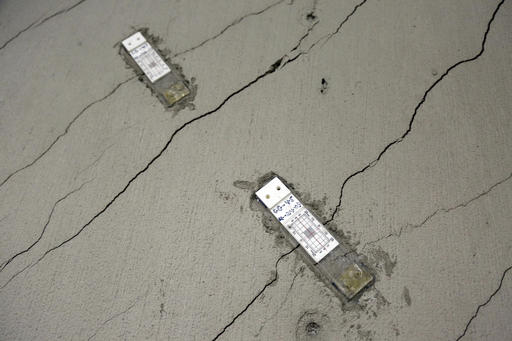 File photo: In this photo taken Monday, Oct. 3, 2016, stress gauges are placed along a wall with floor-to-ceiling cracks in the parking garage of the Millennium Tower in San Francisco. The 58-story tower has gained notoriety as the leaning tower of San Francisco. It's not just leaning. It's sinking, too. And engineers hired to assess the problem say it shows no immediate sign of stopping. The sleek, mirrored high-rise that opened in 2009 as a haven for the city's well-heeled has sunk 16 inches and is leaning at least 2 inches toward other skyscrapers in the crowded downtown financial district. (Photo: AP/Eric Risberg)

City officials have blocked off part of the sidewalk as a precaution and ordered management to report back on the extent of the problem and soundness of the building's facade.

The downtown tower has settled about 16 inches (51 centimeters) into landfill and is tilting. Homeowners have filed multiple lawsuits against the developer and the city.